Like the most serious environmental problems, the crisis of civilization (confluence of all other crises) seems to be the result of imbalance and loss of sense of the place we occupy in nature, since what we have inherited from the sixteenth century in the teachings of Francis Bacon, who saw nature as a "whore of all", followed by René Descartes, which advocated that "man should dominate, hold and be ruler of the physical world." 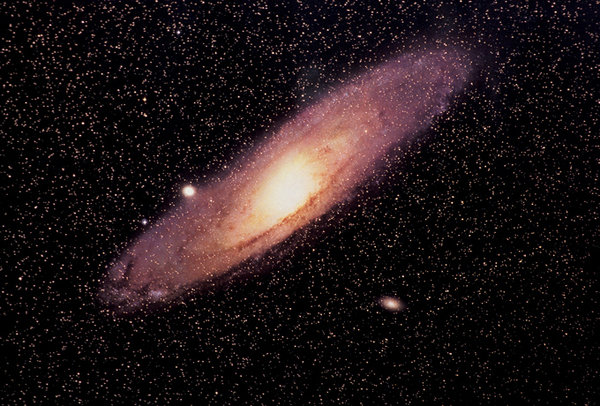 Since the formation of the first settlements, around the year 8000 B.C we get from nature that which is essential to our survival, however, we do not treat the man-nature relationship accurately; unlike in nature interfere in order to unbalance it, either by uncontrolled extraction of natural resources, or by the accumulation and disposal of generated waste and pollution.

The dominant paradigm of techno-scientific culture, the same way we are dominated by the prevalence of individual interests, is always situated above the collective. Thus, unfortunately, many continue to overwhelm nature, following the Cartesian guidance of philosophy, thus entitled to separate man and nature, based on the philosophy of Bacon's social  system.

Because mankind is separated from nature, it was up to the task of many to devalue it to the point of even losing all due concern with the current depletion of key ecosystem services.

Separated from the "natural world", mankind was left to dive headlong into the "material world". Thus, in a short time, the "haves" won privilege of "being" and, since then, it is the conquest material, roughly, that determines the social status.

Dominated by an unprecedented consumer fetishism, often today's civilization tends to find it normal that everything becomes a commodity. Conditioned consumption, driven by the allure of fashion and voracious "modern", shoppers do  not realize clearly the practice of planned obsolescence, and so everything has a price, and is dictated by marketing, and in turn this passes to lead their actions.

With this so many learn to forget, looking for "value" - not in the monetary sense - of things; since, for the majority of shoppers, the label is more important, the mark of success. They are seduced, then, by the advertising industry which recommends that at any moment the practice of "buying more", whose presence is the segregation of those who are of that does not have purchasing power.

A lack of civilization

Depending on this, there is a consensus affirming that there is a lack of civilization, an ethical project of equality, humanization, strengthening the bases of a sharing economy of communion, based on cooperation (which adds together and includes), and not in competition (which divides and excludes).

Similarly, lack of civilization develops an intimate relationship of harmony, partnership and brotherly coexistence with all the elements, in the manner taught by Francis of Assisi, in the first decades of the thirteenth century.

What now prevails is the model of production and consumption frenzy born of the Industrial Revolution that developed into, soon after, the Scientific and Technological Revolution.

Environmental efficiency, since then, has become a heretical concept, as profit and productivity have become the watchwords, no matter what it costs - to wear out and cause the depletion - the squandering - of resources of nature.

In a world marked by abusive forms of socioeconomic inequality in the total impossibility of universalizing the excess produced goods, it is demeaning to think that the measure (indicator) of happiness "found" by a part of civilization (the 20% of the wealthiest) is more goods, is to acquire, purchase and accumulate as exactly half the world's population is outside any possibility of consumption, even basic items for survival.

Once this civilization has allowed the prevalence of consumption on the social relations market, it is common to confuse needs with wants. So seduced by the siren song, many believe that excessive consumption is synonymous with well-being.

What economic model does that make us? It devours us from the inside, leaving us all the feeling that we make the world artificial, from the moment the consumer market, directly and indirectly, created conditions for the commodify.

Similarly unable to propose a radical break, the world's governments, both the "right" and the "center-left", whether industrialized or developing stage economies are still playing the market game, stimulating, via expansionary economic policies, mechanisms to increase industrial production, constantly seduced by the idea of the growth of the economy.

All in it together

Everyone - governments, companies, consumers - is involved in this, there is no escape. Hence the crisis of civilization is related to civilization in crisis, "fueled" by those "on top" of the social pyramid, crushing those "at the bottom", but reflecting on all the consequences, since the ecological crisis, for example, does not distinguish between color, sex, creed, nationality or financial condition. The risks of environmental devastation are the same, affecting everyone.

Then ask, but when will it end? The answer seems to be simpler than we think. The market economic system will not disintegrate as some Marxists recommended - and want.

Without wishing to raise false prophecies here, unfortunately it seems that there is still much more inequality to be generated and perpetuated within a capitalist system that values the goods, not people (except those with high purchasing power); who praise the product, not human relationships.

For this reason, those who are "at the bottom" will suffer even more the consequences of the current linear economy which extracts, produces, collects and discards, pollutes and degrades; in other words, an economy that, to ensure their survival, has to promote accumulation, and on this is based the economic growth that, given the privileges, increases the wealth of the few at the expense of enormous social needs of many others.

To prove this, just one thing: there are shameful recent studies released by Oxfam on indicators that measure the concentration of wealth in the world, showing that only 62 individuals holding equivalent income of 3.5 billion people, ie half the world's population.

Michael Lowy, professor emeritus at the Ecole des Hautes Etudes en Sciences Sociales (Paris), said this well in this passage: "The economic crisis and the ecological crisis result from the same phenomenon: a system that transforms everything - land, water, the air we breathe, humans - in merchandise, and knows no other criteria than the business expansion and accumulation of profit. "

We must, moreover, see that civilization awakens to a rationality that makes us abandon this perverse economic model, even because, buying things we do not need, with money we often do not have to only impress others, will get us nowhere, but the existential despair.

And before it's too late, let each of us get enough awareness to realize that it is not material acquisition that will give us the happiest moments in our lives.

Marcus Eduardo de Oliveira is an economist and environmental activist.