No environment, no economy

In the path of prosperity, modern economies devastated many of the natural resources. In the name of economic growth, industrial activity squandered ecosystems services (responsible for the maintenance of biodiversity), disfiguring nature on several fronts. Arguably, climate has been - and is being - caused by "man-economics." The goal? To make the economy grow exponentially producing in excess to meet the excessive consumption. The result? The environment threatened by excessive consumption. The result of this? Environmental depletion. 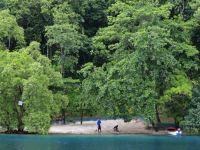 Unequivocally, economic output implies destruction and degradation of the environment. By itself, it is enough to guide decision-making towards the development of a new economic paradigm geared to ecological orders, not to market-led ideology.

If we do not change the current economic paradigm it is the very economy that increasingly plays into the abyss of destruction, as Lester Brown remembered, "the economy depends on the environment. If there is no environment, if everything is destroyed, there is no economy."

While in its conventional models the traditional economy makes it a point to not include the framework or environmental constraints, because the prevailing view of the economic system as a whole extols the praises of the circular flow of wealth, imagining, therefore, an economy as an isolated system, like a human body endowed with only the circulatory system, there is no denying the enormous degree of economic dependence in relation to a finite natural ecosystem (the environment), since the fundamental nature of the economy is to extract, produce and consume.

The relationship of the economy (industrial activity) with the environment is intense. One cannot lose sight that the economic system is an open system that exchanges energy with the environment. In this exchange, it receives prime energy (clean) and returns it in a degraded form (dirty).

So, metaphorically, if the economy is a human body, the digestive tract is contemplated here, since it receives from nature and returns matter and energy in the form of waste. Reaffirming that idea, we should remember a passage from Nicholas Georgescu-Rogen (1906-94): "The economic system consumes nature - matter and energy with low entropy - and provides garbage - matter and energy high entropy - back to nature."

Therefore, it is of fundamental importance to subordinate the growth to the limits of the ecosystem, since growing beyond the "normal" is highly detrimental to the environment. Therefore, the new economic paradigm must converge with the ecology, since we depend on this for our own survival. The challenge is unique: produce more (welfare) with less (natural resources). Produce more quality (development), not quantity (growth).

Hence the maxim that we are therefore dependent on the environment, thus contradicting the speech of René Descartes (1596-1650) that "we are masters and lords of nature." For this idea of ​​the French philosopher, the economy wasteful of natural resources, managed by "economic man-" would be acting correctly in propagating destruction, pollution and environmental degradation, since to generate wealth is generated before the destruction of nature.

The future of life - and especially of human life - on Earth, shall depend on the direction that we give to the economy today. If our ultimate goal is the continuity of the life of our species we should follow the prescriptions advocated by Georgescu-Rogen: "(...) one day humanity will have to reconcile development with the economic downturn." Otherwise, we will perish. 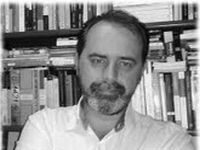