The Environment and the Economy of Accumulation

One must be careful, at least for two specific points of the economy, which act to promote intense pressure on the environment: 1) the dynamics of industrial capitalism is consolidated through more production and consumption, thus more economic growth; 2) the level of natural resource extraction to "feed" the production process cannot, under any circumstances, exceed regeneration since passing this point implies the complete exhaustion of physical base that serves as a support to economic activity. 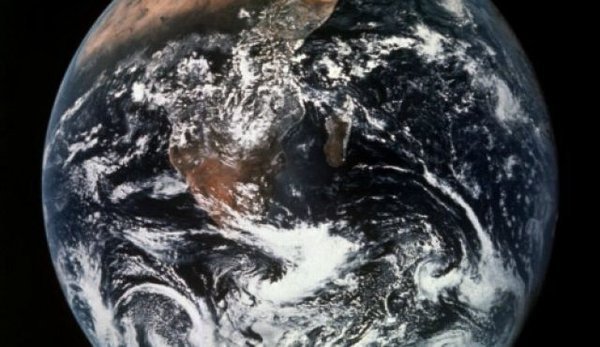 That said, the following statement is believable: the world economy can no longer "work" - the way it has worked - under the paradigm of growth/accumulation. This assertion leads to the conclusion that the challenge ahead if there is interest in preserving the living conditions on the planet, is one: look for "fit" economic activity within the ecosystem boundaries.

Failure to comply with these limits, from the moment that economic activity appropriates nature, disrupts the environment, generating as a "final product" pollution (see especially the Chinese case, with more than 700,000 deaths per year) and  global warming.

This is the central issue of environmental crisis. Not surprisingly, humanity is already using 30% more than the bearable limit of the world's resources - regrettably, as we assimilate the overshoot (overflow) with a certain naturalness.

Today, they are extracted 60 billion tons of resources annually; 30 years ago, this extraction was only 30 billion tons.

In these past 30 years of intensive resource extraction, "we managed", without much skill, but with such aggressiveness, to get close to the depletion of 60% of the key ecosystem services; just pay attention to the current situation of fish (of the 17 known fish stocks, 11 of them have withdrawal rates higher than the replenishing capacity. Also in relation to fish, 75% of world stocks of the most commonly sold species in the world are at the limit of their resilience or beyond that limit. Between 1995 and 2005, some species such as cod, haddock, whiting and flounder have fallen 95% in the North Atlantic), forest shrinkage (every minute the earth loses 21 hectares of forests, equivalent to 42 football fields), deterioration of grasslands and drylands (of known firm land in the world, 4 billion hectares are exhausted. Every year, we lose more than 7 million hectares. This is 20 000 hectares per day, which is equivalent to a daily surface that is twice the size of Paris), we contaminate water reservoirs, see a spike in elevated carbon dioxide levels (every minute 10 tons of carbon dioxide are released into the atmosphere) and the steady disappearance of species (defaunation - the International Union for Conservation of Nature estimates that, worldwide, around 11% of bird species, 25% of mammals, 25% of amphibians, 20% of reptiles, 34% of fish and 12% of plants are under threat of disappearing forever in the next hundred years).

Growth is based upon climate change

Because economic output is based upon thermodynamics - although for the heralds of neoclassical economics this may sound absurd - it simply becomes impossible to separate economic growth from GHG emissions and, of course, the result of all this: climate and environmental imbalance.

Aggravating the situation further, humanity seems to have redoubled its voracious appetite for consumer goods (the dynamics of capitalist accumulation, driven primarily by the Americans, has focused on the financial sphere making credit and household debt - fundamental elements for " high "purchasing power), since, clearly, we are living in the era of an accumulation economy, since economic output, in this last century, is "not based on the capital of the planet, but its stock", to use the words of French environmentalist Dominique Voynet.

Swallowed by the consumer, we increasingly step hard on the accelerator of economic growth, without, however, realizing that  soon ahead, on the "road" where we are heading, we will find a huge chasm that will suck everyone in, rich and poor , developed or emerging, since this "Road" is the same for everyone, with a one-way direction.

Marcus Eduardo de Oliveira is an economist and professor of economics