Among the most complex issues of our time, certainly the environmental crisis occupies a high place in the ranking of global issues, with very worrying consequences for humanity. Becoming aware of things, knowing the reality of the facts is surely the first step in the decision-making process aimed at reversing adverse scenarios. 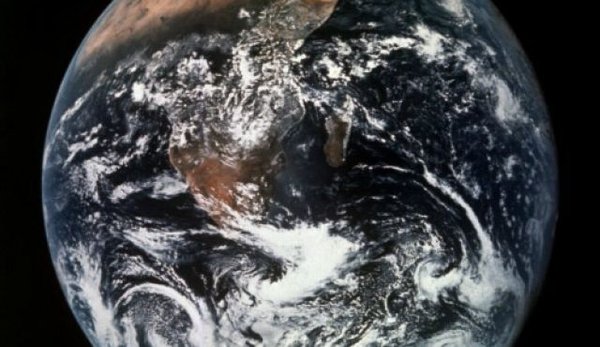 Becoming aware of things, knowing the reality of the facts is surely the first step in the decision-making process aimed at reversing adverse scenarios - and the environmental crisis undoubtedly falls within this perspective.

This is the reason why, presented with the various studies and reports produced to date by eminent scientists and experts in the field, we know enough to understand our fragile situation on the planet, and unfortunately, we not yet managed to put into practice mechanisms that promote a sudden rupture of the current economic model - not through ignorance, more through political appetite and weakness in global governance. We need to respond to interests in the consolidated global corporate sphere, prioritizing the production and consumption at high levels, which decapitalize our natural heritage.

Thus, there remains the biggest dilemma: grow or preserve? The answer is at the root of a problem that extends this conflict, given that it should discuss the need for more production / consumption (for the good of the market) or more protection of nature (for the good of humanity).

This situation is closely related to the fact that we have created over the last 200 years a mass consumer culture (rampant consumerism) that exceeds our needs, thus allowing the opening of an almost incurable wound on the planet, as the abuse of global consumption when not depleted, changes for the worse the functioning of vital ecosystem services, starting with climate regulation, committed by the use of fossil fuels without limits.

A second consideration linked to the same issue is the unequal way of consuming. The most illustrative example of this lies in the following argument: If all humans consume like Americans, the Earth could sustain only a quarter of the human population without compromising the planet's biocapacity.

Similarly, if everyone consumed at the same rate of average consumption of a Chinese, then the planet could sustain only 84% of the current population.

This situation - already calamitous - can be aggravated if analysts' forecasts are confirmed, when 1 billion people incorporate global consumption by 2025.

It is well known that increased pressure on consumption also presses nature as a consequence by providing resources and energy for economic output, which further aggravates the already fragile state of the planet, changing weather conditions, bringing heat waves, megastorms, mass drought, flooding and population displacements - 2010, for example, the number of environmental refugees worldwide has reached a staggering 50 million people. Estimates which are far from optimistic and made by the United Nations (UN) indicate that by 2050, the number of humans in the condition of environmental  refugees will be between 250 million and 1 billion people.

Finally, it is worth pointing out the weighting made by Erik Assadourian: none of these changes align the perpetuation of a global culture of consumption, while certainly a small elite will still be able to maintain the materialistic version of "the good life".

While the materialistic version is common practice, even by the few, our fragile situation on the planet is further aggravated, to the point of a possible and complete dissolution.

Marcus Eduardo de Oliveira is an economist and professor of economics at FAC-FITO and UNIFIEO in Sao Paulo.