Havana (Prensa Latina) Lord Money is the main constituent in the United States, where 158 families, obviously multimillionnaires, are the main donors in the current campaign of the Democrats and Republicans to win the White House in 2016. 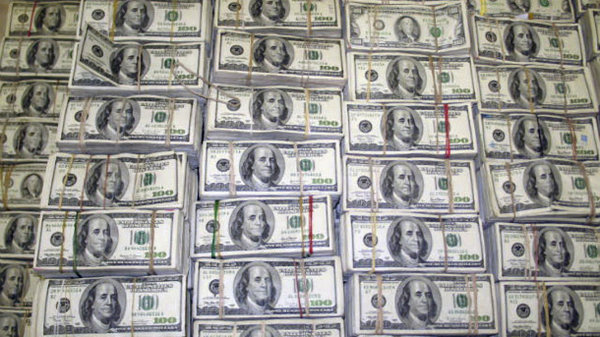 Recently Juan Williams, a political analyst for Fox News Channel, in the title of an article, "Policy, a sport for billionaires," sums up the image that illustrates the current dispute by the government.

According to Tom Perkins, a Republican multimillionaire capitalist, you pay a million dollars in taxes and get a million votes.

Williams expands in his comment that since 2010 only 195 individuals and their cronies have given almost 60 percent of the billions of dollars channeled the super-PAC.

The very first in the polls among Republican candidates, Donald Trump, estimated that the money that comes to candidates through support groups is a fraud.

So far the money has fed the American political system, while it violates the law and the rights of millions of people who seek to be represented by honest politicians, something rare in the country.

In Iowa, the Presidential candidate and favorite among Democratic voters, Hillary Clinton, released a warning: "I will do everything I can to appoint Supreme Court judges to protect the right to vote and do not protect the right of billionaires to buy elections."

The role of money in elections is recurrent in the US news media, whose articles are devoted to tycoons such as the brothers Charles and David Koch.

The Koch own a large fortune that drives both Republican candidates for the presidency and for any elective office in the November elections.

According to Williams in his commentary on the sport of millionaires, the problem is a storm about to burst.

An article in the Washington Post points out that the great gifts of the super-rich have the potential to distort the political system, among other things because they are people who would see themselves affected by governments that do not respond to them and want to have "policy makers "representing them.

Of the Republican candidates, the one who supposedly has more money is Trump, who describes as "puppets" competitors seeking the support of Koch, among other major donors.

One per cent control 80 per cent

An investigation by Pew Research reported that now one percent of people control over 80 percent of national wealth and many invest this capital to protect themselves and expand their fortunes.

At the same time, the 2012 polls showed that voters with family annual incomes of less than $ 51.000, the poor and middle class, make up 41 percent of the country's electorate and 22 percent more of these voted for President Barack Obama rather than the Republican Mitt Romney .

This logically worries Republicans and the great families of this political party, who spare no resources to change the situation.

Tax documents show how the secret money infects the campaigns on both sides, Republicans and Democrats, according to comments from the press.

These documents confirm that operators continue using false political organizations of social welfare to pump tens of millions of anonymous dollars into the elections.

It should be highlighted that the aforementioned Koch brothers, through a fine mesh, prepare to spend about 889 million dollars and foster interest in political battles until November 2016, using independent organizations not subject to the laws such as the committee of the parties.

The same configuration of the election process in the United States is something that encourages these practices, it forces candidates to seek money to advance in their efforts.

To be on the ballot in each state, an applicant faces a task which is "expensive and complex" because some demarcations require thousands of signatures in order to qualify and others charge tens of thousands of dollars.

Nationally, the price for access to the ballot can be raised to well over a million dollars.

There is no doubt that the Republicans' first level with large cash transactions, Jeb Bush, Marco Blonde, Ben Carson, Ted Cruz and Donald Trump, will be on the ballot nationwide.

But for everyone else, including Chris Christie, John Kasich and Rand Paul, access to vote is an expensive challenge.

Although applicants do not have to compete in every state to win the nomination, the political reality is that every failure to appear on a ballot undermines the credibility of a candidate as a national figure.

In this troubled scenario, those with more go fishing and the fish is sold to the best bidder.