Portuguese legislative elections: What next?

On Sunday October 4 the Portuguese go to the polling stations to choose their next government, the front-runners being the incumbent right-wing coalition (PSD-Social Democrats/CDS-PP-Conservatives), ahead of the largest opposition party, the (also right-wing) PS (Partido Socialista). Which way will it go and what does the future hold? 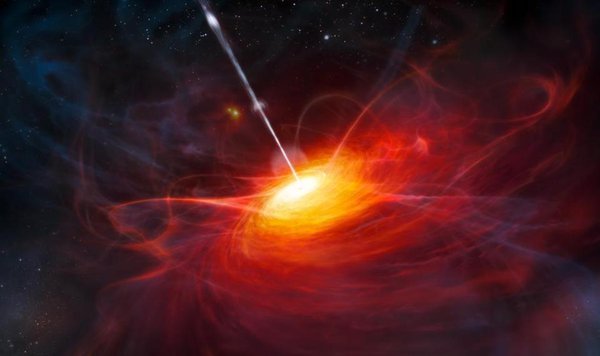 There is no SYRIZA in Portugal

Firstly, there is no SYRIZA in Portugal, although historically between fifteen twenty per cent of the population votes to the left of Partido Socialista, which is not that difficult because the PS is hardly a left-wing version of its name, being rather a watered-down version of its friends to its (far) right. The main parties on the Left are the CDU (Coligação Democrática Unitária, United Democratic Coalition, of PCP-Portuguese Communist Party and PEV-Ecology and Green Party) and Bloco de Esquerda, a coalition of non-PCP leftists led by two energetic and presentable young ladies, Catarina Martins and Mariana Mortágua. These two are the most visible front of a number of parties offering social solutions which run outside austerity, others being Livre, led by the popular journalist/historian/MEP Rui Tavares, PCTP-MRPP (Communist Worker Party), POUS (Socialist Unity Party), MAS (Alternative Socialist Movement), among others.

If these parties united and presented a left-wing coalition there would be a SYRIZA in Portugal, but they are not, and there isn't. This fragmentation of the Left opens the door for endemic government by the three parties which have shared power since the April Revolution in 1974, namely the PSD, CDS-PP and PS.

Secondly, the percentage of abstention, or political abstinence (linked to a feeling of desperation and mistrust in the political class due to bad governance, seeing Portugal slip down in all references and lists related to productivity and creation of wealth behind other EU member states). A high abstention rate will favor the continuation of the incumbent Government which represents austerity, burdening the population with the debts incurred by others, privatizing all and sundry to balance the books ephemerally, reducing public services. What the Government has not said yet (and will probably say after the election if it wins just before an important soccer game, as we have seen before), is who will foot the bill for the 4.5 billion-Euro black hole of the Espirito Santo Group, which performed a spectacular financial meltdown last year. One can imagine the answer to this question.

Riding a wave of temporarily favorable indicators, but nevertheless indicators driven by credit, neither has the Government explained what horrors it will visit upon the Portuguese come 2016/17 when the bubble bursts, the temporarily positive indicators come crashing down amid another downturn in the world economy, or a reaction to just one unfavorable macroeconomic indicator, and Portugal this time around, having closed everything, or sold it off, may find itself wearing a G-string. If it is lucky.

Thirdly, the European approach to the crisis was, predictably, austerity, following the precept that if the plant is ill, you prune it. However, one thing is a carefully measured trim, accompanied by tremendous loving care in nourishing the plant with fertilizer and water, making sure it is protected from the elements, from winds and weevils. It is called Management. Another is to cut the stem down to the ground, stamp on it, poison its roots, allowing the soil around it to dry out and then turn the back because the entire plot has been sold off anyway to some Angolan entrepreneur or an unpronounceable Chinese consortium. Expanding the analogy, the economy shrinks, jobs are lost, companies close, families are left destitute. Half a million Portuguese, out of a total population of ten million, have emigrated, looking for a life since the current Government was elected in 2011, many of these being University graduates, meaning that the (very good) Portuguese education system invests money with no return, sending its assets and future abroad, for free. At home, the European Union funds over the years have seen Portuguese fisheries docked, factories closed, farms lying idle. Industry has all but disappeared. The future? All the eggs in one basket, named tourism.

On the other side of the Party divide, we have the PS in a sorry state of affairs with most of its front line associated with its ex-leader and ex-Prime Minister, José Sócrates, who can be described as a toxic asset, being under house arrest and seeing those who worked with him labelled as "tralha Socrática", or "Socratic trash". Unfortunately, in Portugal, as elsewhere, mud is slung and reputations are tarnished before due legal process gets under way and before a court case has even begun, let alone finished.

And so, the sole speaker of the PS is its leader, António Costa, a reasonable Mayor of the Municipality of Lisbon, Portugal's capital city, with António José Seguro, the former leader with a more statesmanlike image who Costa ousted unceremoniously, waiting in the wings. Will one voice alone be enough to counter the Government's message "Don't change the team now", a clever manipulation of feelings of insecurity, knowing the Portuguese, unlike the Greeks, will never vote for a risk factor above zero?

Conclusion:the Left is divided, the largest opposition Party comes across as a one-man show and the coalition which has opted to shrink the economy and burden its people may well have a Pyrrhic victory, being forced to face the consequences of its own policies two years hence.

Will Portugal survive as it has done for nearly one thousand years? The saving grace of this Atlantic nation has been its singular capacity to pull a rabbit from the hat however adverse the odds. In Portuguese, it is called desenrascanço, the best translation in English being "muddling through", a trait which saw the country overcome its own massive refugee crisis in 1975/6, providing a lesson to the rest of Europe today (although nobody has mentioned this), when the decolonization of its overseas provinces saw one million people returning to Portugal, which assimilated, and very well, some 12% of its population in just two years.

The informal links of solidarity, endemic in Portuguese society, has seen Portugal and the Portuguese "muddle through" several economic, financial and social crises over the years, despite quite questionable management by successive governments. Until when, let us see. Let us also see whether the plant has been pruned too far this time. The next five year period will tell. And let us see whether there is another rabbit in the hat, or whether it has starved to death on a diet of austerity.