Vladimir Putin and his Venezuelan counterpart Nicolas Maduro have agreed on a series of initiatives to stabilize the oil market. The price of a barrel of oil should not be less than $70. Can Russia and Venezuela bring oil prices back to normal? Do the two countries have any levers of influence on world prices on oil? Pravda.Ru asked these questions to leading expert at the National Energy Security Fund, Igor Yushkov. 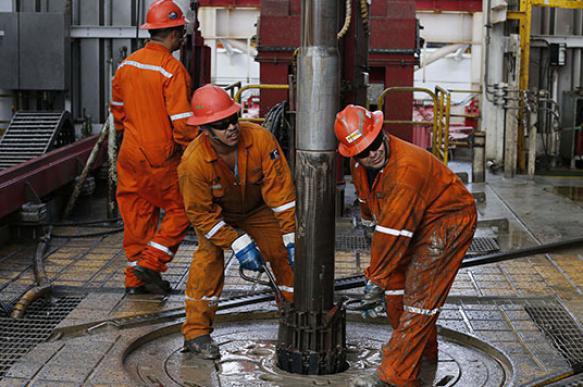 "Putin's and Maduro's statements are nothing but a verbal intervention. This is a way to calm down the market and show everyone that Russia can allegedly do something. Yet, the only thing that Russia and Venezuela can do together is to reduce the volume of oil extraction. Naturally, no one will do this, because everyone needs money. To obtain money, one needs to sell more oil at any price. Venezuela is standing on the verge of collapse. In order to survive, Venezuela needs the price of about $150 per barrel - they are in a much worse situation than we are. I do not understand what Russia and Venezuela can do together at this point," said Igor Yushkov.

The expert also said that everyone is playing against each other on the oil market now. The United States and Saudi Arabia remain in a state of economic war. Saudi Arabia produces as much oil as possible to reduce the price and make shale oil production in the United States unprofitable.

"If someone leaves the market, the United States or Saudi Arabia will take their place. If Russia and Venezuela cut oil production, we will lose the market. In general, nothing will change on the market of oil. All this talk is nothing but PR and information warfare. It is also an attempt to calm market traders down," the expert told Pravda.Ru.

"Should one take this joint strategy pessimistically then?"

"One should be realistic, rather than pessimistic about it, because there is nothing that Russia and Venezuela can do about it. If all oil producers agreed on something, then it would be an absolutely different situation," Igor Yushkov told Pravda.Ru.

Meanwhile, Putin's aide Andrei Belousov said that oil price in 2016, according to current estimates, would make up about $60 per barrel. Russia's budget would be based on the price of $50 per barrel, the official added.

According to Belousov, the government will have to correct the budget should oil continue fluctuating, although for the time being, there is no need to sequester the budget. At the same time, the official said, oil prices may fall to $40 and even lower, although the Russian authorities believe that such prices would not last long.

Belousov also said that it was impossible to predict when oil prices were going to stabilize. The price on oil to a large extent depends on the situation on financial markets, including on the policy of the US Federal Reserve, he added.

What will Russia do without Venezuela?