There is a vast literature revealing the financial links between the Saudi royal family and the US oil companies. This proximity, according to these same sources, finds in the Bush family its main support. 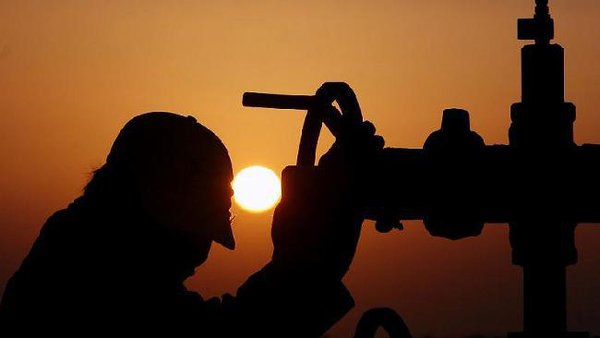 The journalist Craig Unger in his book "The  Petroleum Families", illustrating this friendship between the two families, reveals the structure set up to protect members of the Arab royals living in the United States during September 11th.

The logistics of the protection of the Arab nobles included the opening of airspace allowing the takeoff of an airplane taking home princes and princesses who felt threatened in the United States.

Meanwhile the other residents of Arab origin were accused, attacked, arrested. To add only a detail: the protection of the Saud family princes represented and represents the continuity of care to business needs, policies and US military in the Middle East.

The contradiction between increasing production and fall in price

The Saudis have the highest production of oil in the world investing a considerable portion of these resources in the United States. They participate in the USA, inclusively, through the control of the Motiva Enterprises refinery, the largest in the US, whose main function is to refine shale oil.

Despite the drop in oil value, largely due to increased production of shale oil in Canada and the United States, oil production in June 2015 in Saudi Arabia has exceeded 10 million barrels a day.

This production was exported largely to Asia and India. Watch this point favoring the princes' friends arising from the sanctions imposed on Iran and Russia, both major suppliers in the region.

The Saud family, as we can see, collect their investments and commercial companies with US oligarchies the benefits coming from the forced fall in production in Iran and Russia. We should add that the US foreign policy disrupted oil production of other major exporters among them Iraq and Libya.

Only in the case of Iran, becoming fully effective with the end of sanctions, it has become necessary to invest US $ 200 billion to rectify the production considering investments for the modernization of equipment and drilling new wells.

The Saudi oil industry accounts for 90% of national income, however the jobs created in the sector are aimed at foreigners whose presence is estimated at 6 million.

The total population of Saudi Arabia is estimated at 28.83 million and two thirds of these are less than 30 years old. The youth, ranging from 16 to 29 years, represents 29% of the unemployed.

It is evident the absence of a social destination for funds from the oil exploration.

The example of the family of the Saud princes reveals how illusory is the famous invisible hand. Oil prices result from interests, embodied in state and oligopolies.

The increase or decrease in production is subject to economic policy established for the benefit of oligopolies supported by the state structure, diplomatic and military, responsible for implementing the model in its territory or abroad.

The ideological structure (monopoly of the press, education, political corruption ...) is in charge of legitimizing and dogmatizing the interests of the market in natural fantasizing actions of oligopolies.

Disrupting production proves to be a loss to the holders of the exploitation rights in a given territory, but does not mean the absence of profit for oligopolies.

The global control of production ensures, with simple adjustments, the survival of a model. The oligopolies are concerned with control of economic policy involving oil, in this case, not only the productive areas but those with potential.

This practice determines to what point it will be permitted to a country to control and access natural resources in its territory. The existence of the slightest chance of breaking this model is fought and destroyed, there are numerous examples in history.