Who is standing behind declining oil prices?

Oil prices continue to decline despite OPEC's decision to cut oil production. The cost of oil, according to experts, began to decline due to excessive amounts of the raw material. The current state of affairs on the oil market hurts the economies of such oil powers as Saudi Arabia, Iraq, Qatar and others. What about Russia? 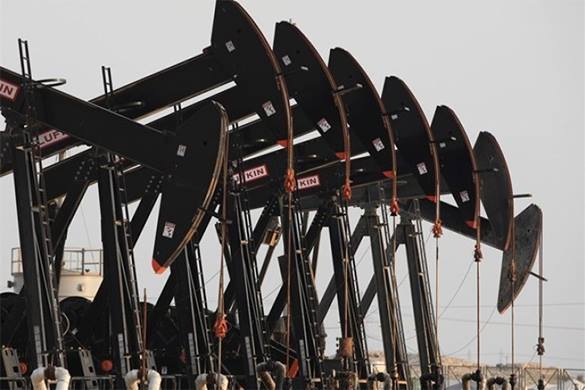 Russia's federal budget for 2014 had been drawn up on the basis of an average oil price of $104 per barrel. Since early August, oil prices began to decline. As of Monday evening, the spot price for a barrel of Brent crude was already 91.35 dollars, which was lower than the cut-off price (in 2014 - $93 per barrel), which distributed revenues from hydrocarbon exports to the Reserve Fund.

The current drop in oil exports revenues is being partially compensated with the weakening of the ruble. The budget for 2014 stipulated for the exchange rate of 35.5 rubles per dollar. Yet, the dollar has hit an all-time high level of 40 rubles per dollar recently.

The devaluation of the ruble could generate additional revenues for the Russian budget that would be more than enough to cover the shortfall in revenue. They evaluated the overall effect in the amount of up to 900 billion rubles. Interestingly, in January-August of 2014, the Russian budget was already taking advantage of high oil prices. It would seem a paradox, but it is true. However, the gains turned out to be quantitative, rather than qualitative. At the same time, the cheapening of a barrel of oil hurts Russia's budget qualitatively, rather than quantitatively.

Meanwhile, despite the excess of supply over demand on the oil market, the Organization of Petroleum Exporting Countries will most likely decide not to cut oil production before the meeting on November 27, Bloomberg reports, citing sources familiar with the situation.

Pravda.Ru asked experts to explain whether the USA contributed to the decline in oil prices after the country achieved a significant breakthrough in oil production.

"If the United States is guilty of being able to work effectively, then, yes, it's terrible, we do not know yet how to do it, - the head of the energy department of the Institute for Energy and Finance, Nikolai Ivanov, said in an interview with Pravda.Ru. - The fact that the Americans have learned to effectively produce oil, affected the market,of course. They significantly increased production and reduced oil imports. Accordingly, an excess of oil appeared on the global market - when supply exceeds demand. Meanwhile, China is not developing as fast as expected. Such countries as Libya, Iran, Iraq increase oil output, which leads to growing prices and supplies, and then the price falls. "

The role of Saudi Arabia is not entirely clear, the expert said. The Saudis do not cut supplies to maintain prices at the desired level. They may also benefit from a drop in prices to retain or increase the gains at the expense of the countries, where oil production is not as effective, and where cost is higher than in Saudi Arabia. In this case, all oil producers are responsible for the current situation, as well as those who are poorly developed and those who do not consume oil in desired amounts. China and Europe should increase the consumption of oil, and the situation will change for the better for all.

Russia's budget depends on oil prices directly, so declining prices will lead to consequences very quickly. We know it from 2008. The prices have not declined considerably yet, but if it happens, one will have to cut budget expenses, Nikolai Ivanov believes.

Oil-producing countries may raise prices on oil, should they unite to address a common problem. In the past, they had such a level of influence as decreasing oil production. The countries could consistently reduce the market supply of oil, the expert said, and the price issue would then be solved.

"Now it is very difficult to say anything about the plans and capabilities of the organization of petroleum exporting countries, because in recent years they do not even have country quotas. The practice was abandoned. Today, OPEC member countries have no export quotas. It is difficult for them to regulate this market. There is one main member of OPEC - Saudi Arabia, the chief in terms of oil production and exports. Saudi Arabia may decide to lose some of its own budget liabilities and revenues for preserving the level of oil prices. One will have to wait to see more clearly what's going on," said Nikolai Ivanov.

"The fact that the price on crude oil continues to fall on the world market - is a positive phenomenon for the United States. The country has significantly increased production in Texas and North Dakota, and became one of the main reasons for the drop in the prices on raw materials, - Associate Professor of the St.Petersburg State University, PhD, consultant of the Public Chamber of the Russian Federation, Igor Khvalynsky told Pravda.Ru. - The United States is about to catch up with Saudi Arabia in terms of oil output, for the first time in about a quarter of a century. It is worth pointing out the reasonable economic policy of the USA, in contrast to many of its political quirks. Many criticize America, but the fact remains the same: due to the oil lobby in the Congress, the ban on the export of raw materials from the United States is a matter of the past. And that's why the prices on a barrel of oil drop. The US ships oil to South Korea already, and the Americans can sell their oil to Europe too.

"One should bear in mind the fact that the US is going to the polls soon, so these economic "exercises" may well be a part of PR to show at least some economic progress against the backdrop of clumsy foreign politics. The ratings of the Congress and both political parties leave much to be desired. Democrats pay for the problems of health care reform, and the Republicans stand responsible for 16 days of suspension of the work of state institutions in October. In 2014, the United States will hold elections to the Congress, which is associated with certain risks for President Obama. In this case, it would be helpful to pedal at least temporary economic progress. One is left to hope that the United States will slow down oil production after the elections."