The People's Bank of China (PBC) conducted the most ambitious devaluation of the yuan in two decades. The Central Bank reference rate was reduced by 1.9%. Pravda.Ru asked an expert opinion from the head of the sector for economics and politics of China at the Institute of World Economy and International Relations, Sergei Lukonin. 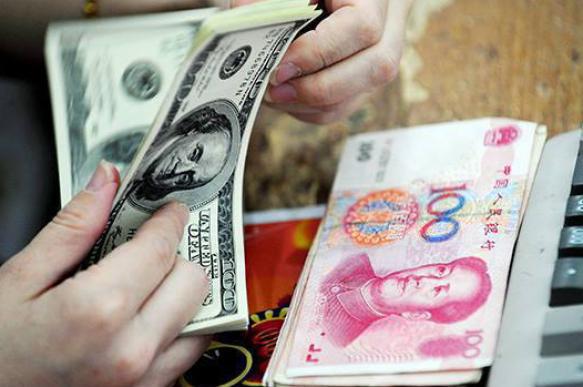 "One of the main reasons behind the devaluation of the yuan is an attempt to raise the competitiveness of Chinese products in international markets. Production costs are rising, the cost of labor is increasing, total exports are slowing down, but domestic consumption does not compensate for the losses in the slowdown of exports," said Sergey Lukonin.

Unlike Russia, China does not fear the devaluation of its national currency. Why is it so?

"China's financial system is under control, they have no free-floating exchange rate for the yuan. They are still considering this opportunity as a way to regulate the national economy,"  said the expert.

Pravda.Ru also asked the expert about the dollar peg of the Chinese yuan. Is the financial system of China independent?

"Under the conditions of global economy, it is no longer possible to say who depends on whom. Everything has been so deeply integrated. China is a full-fledged player of the global economy. Let's not forget that the Board of Directors of the International Monetary Fund is gathering for a meeting this autumn to discuss, among other things, the possibility to include the yuan on the list of international reserve currencies. Technically, the yuan is becoming one of the world's reserve currencies. The yuan will have to become a freely convertible currency for this. To achieve this, restrictions for capital accounts operations will have to be lifted," Sergei Lukonin said.

The analyst suggested that market fluctuations may start as soon as the yuan becomes a freely convertible currency.

"Now it is believed that the yuan is undervalued. I think that the Chinese authorities deliberately understate the value of the yuan, to subsequently reach a more or less acceptable level. They have done it before joining the WTO. They increased tariffs before they started negotiating with the WTO administration to finally lower the tariffs to the desired level. Maybe now they are trying to use this method again."

The decision of the People's Bank of China may start another stage of "currency wars" and competitive weakening of national currencies, the WSJ wrote.

"I do not understand what it a currency war means. There are all these formulas that take into account the balance of payments, exports and so on. But no one can say how much any currency should cost, as the value of any currency is defined by speculative factors. Of course, there will be people who will make a lot on a difference in exchange rates, but I do not think that this can be referred to as a currency war," the expert told Pravda.Ru

Also read: America and the yuan of discord

What will happen to the dollar if yuan becomes global reserve currency?