China announced the start of the process to revaluate the yuan the day before yesterday. Both international financial organizations and central trade partners, the USA, EU and Japan, first and foremost, were eagerly waiting for this news from the Chinese administration for many years. American, European and Japanese financiers believed that the underestimated rate of the Chinese national currency allowed China to artificially reduce production costs and the costs of its export products. China's decision apparently became a signal for other countries of South-East Asia to launch freer currency policies. Malaysia followed China's example and announced about the extension of the corridor for the national currency floating rate just an hour later. 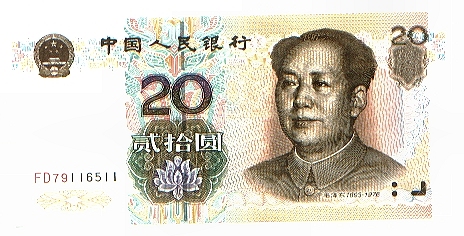 It stands the reason that China did not announce the unique revaluation of its national currency. According to experts' estimates, the yuan is currently 40 percent more expensive than the dollar. China dropped the national currency's peg against the US dollar. Form now on, the cost of the Chinese currency will be based on correlations with the cost of other world leading currencies: the US dollar, first and foremost, as well as the euro, the yen and several others.

The decision, however, resulted in the change of the yuan rate from 8.265 yuans per dollar to 8.11 yuans per one American dollar. The US dollar rate subsequently suffered a considerable reduction globally, while other world currencies improved their positions vs. the USD.

Other Asian states will gradually reduce the purchase of American dollars after the start of the yuan-revaluating process: there will be no need for them to conduct interventions on currency markets to cheapen their own currencies. The demand on the dollar will drop in the world; the same will happen with American state bonds, in which central banks of Asian states invest billions of dollars.

If other Asian countries support China and Malaysia, the dollar demise will continue worldwide, analysts believe. It is noteworthy that the US economy will only benefit from it, if it does not cause a sudden growth of the inflation rate in the States, of course. Analysts are certain, though, that the yuan revaluation will be followed with the decline of the US dollar rate on world markets.

As for China, even the gradual revaluation of the national currency will be a serious blow on its economy. The competitive ability of Chinese goods will inevitably slide on foreign markets. In the event the Chinese national currency is revalued by 40 percent, according to USA's expectations, the Chinese market will find itself defenseless for import goods, whereas numerous small companies will be ruined in China. It is worth mentioning that the level of unemployment is rather high in China (about nine percept of the able-bodies citizens). The revaluation process may take years, though, for Chinese financiers are perfectly aware of the risk and its price. On the other hand, the Chinese currency has very good chances to become one of the largest reserve currencies in the world and even make competition for both dollar and euro.

As for Russia, the decision of Chinese authorities has slightly increased the ruble rate against the dollar over the recent two days. Nevertheless, Russia's Minister for Finances, Aleksey Kudrin, approved China's decision to launch the revaluation process for its national currency. It is not surprising at all: China is one of the largest trade partners of Russia. Russia suffers from the ongoing inundation of cheap Chinese goods on the home market because of the growing ruble. If the revaluation process continues in China, the Russian ruble and Russian products will become more competitive at least on the Russian market.