Yuan can quickly displace US dollar to become world's No. 1 reserve currency 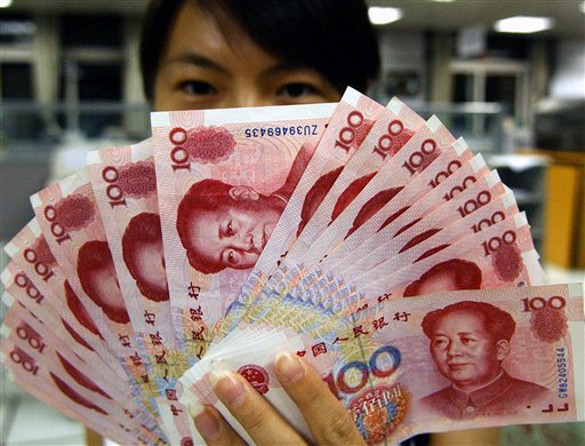 China has long been advocating the inclusion of its national currency, the yuan, in the list of reserve currencies of the International Monetary Fund. Yet, the United States remains opposed to this claiming that the yuan is still not strong enough for the honor. However, many economists, including in the United States, think otherwise. Pravda.Ru tries to find out the real reasons, for which Washington does not want to see the yuan on the list of IMF reserve currencies.

The dollar muzzle for Europe

According to US Treasury Secretary Jack Lew, the Chinese yuan is not yet ready to be included in the basket of reserve currencies of the IMF. According to the US official, China should pursue further reforms to meet the requirements of international norms. Among other things, China should weaken financial controls, as well as switch to the floating exchange rate of the yuan against the US dollar and other currencies.

Noteworthy, Germany and France had supported the idea of making the yuan a reserve currency of the IMF. Even IMF managing director Christine Lagarde said that such a decision was only a matter of time.

Presently, the IMF has four currencies: the US dollar, the euro, the pound sterling and the Japanese yen. At the same time, China's economy, though inferior to the economies of the euro zone and the US, remains superior to Japanese and British economies.

Yuan as competitor to US dollar

"The first thing that comes to mind is why the US dollar needs competitors such as a reserve currency, - the chairman of the Russian International Bank, Yevgeny Retyunsky told Pravda.Ru. - Secondly, if it were a question of the currency of such countries as New Zealand or Sweden, I think that the Americans would not mind much. The yuan is a potential competitor to the dollar.

Trying to include the yuan on the list of reserve currencies of the IMF, China wants to raise demand on its national currency. This, in turn, will lead to an increase in investment flows to China. However, if a currency is used as a settlement currency, in which people keep their savings, it automatically becomes a reserve currency without any formal inclusion elsewhere, including the IMF list.

"America is opposed because the main reserve currency in the world is the US dollar. The yuan may displace the dollar from financial turnover, - doctor of economic sciences, professor of economic policy at the St.Petersburg State university, Gennady Alpatov said in an interview with Pravda.Ru. - The euro had displaced the dollar from international turnover before, so now the yuan can do the same."

Therefore, the use of the dollar has thus become tighter. This means that a smaller number of banks around the world will support the dollar. All banks support the US dollar as a reserve currency. They are forced to do it, because they keep dollar reserves. They do not want the dollar to lose its value. If the yuan starts to displace the dollar, the dollar sphere will diminish, and dollar supplies will turn out to be excessive. As a result, the dollar rate will start to fall," the expert told Pravda.Ru.

China, trying to fall into the basket of reserve currencies of the IMF, pursues the goals that the United States had after the Bretton Woods agreement from 1944, when the US started printing more dollars than was required for domestic traffic, the expert said. The dollar sphere will grow smaller, and the need for the yuan will increase.

The basket of reserve currencies was created at the IMF in 1969, after the Bretton Woods system of fixed exchange rates was no longer relevant.

During the recent years, the United States has repeatedly criticized China for its monetary policy. The US is particularly concerned about the understated Chinese RMB exchange rate (Ren Min Bi, or yuan) that stimulates exports from China. The yuan exchange rate changes within the corridor of the People's Bank of China. According to the US Treasury, Beijing should conduct "necessary reforms" before the yuan is included in the basket of reserve currencies of the IMF, Bloomberg said.

In late 2015, the IMF is going to hold a regular ten-year review of the basket of reserve currencies. In fact, the Chinese yuan already meets the requirements of the IMF for inclusion on the list of world's reserve currencies. This is a political, rather than an economic question. It all depends on the will of the United States. The yuan is de facto world currency number 2 after the US dollar already. The Chinese currency may become number one in the world quickly.

American eagle, Russian bear and Chinese dragon. One will have to go