It seems that NASA decided to take great efforts, turning Discovery's homecoming into a vast and major undertaking. According to the original plan of the US space agency, the shuttle was supposed to land yesterday at 6:22 a.m. (2:22 p.m. Moscow time). When the spacecraft flies through the atmosphere, it will be enveloped into a luminous cloud of plasma and will thus be seen from Earth with unaided eye. The picturesque returning of the American space shuttle was supposed to become an unforgettable sky show not only for those residing in Cape Canaveral, but for TV viewers in the whole world too. 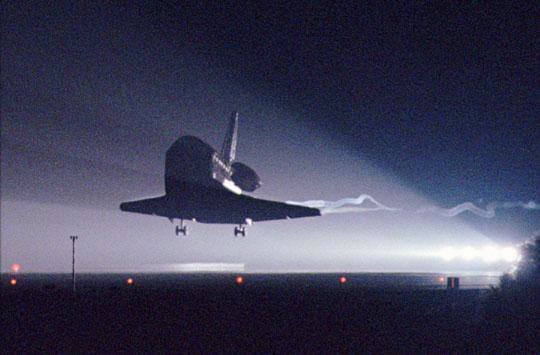 Weather became a natural obstacle, which made the crew of Discovery wait for the moment of landing again. The sudden emergence of cloudiness did not cause any serious problems for the landing of the spacecraft, but NASA preferred to use the chance and delay the landing date for one more day. The decision was made when Discovery had already undocked the International Space Station and performed a traditional flight around it.

NASA's spokespeople reminded that the landing of Discovery had been delayed for weather reasons only. It was specified that there were no technical malfunctions on board the spaceship.

The crew of Discovery will have four technical opportunities to come in the land. The shuttle will be able to land on Cape Canaveral at 1:08 p.m. and 2:43 p.m. Moscow time today. If the weather in Florida does not change for the better, Discovery will have an opportunity to land on Edwards later - the base of the US Air Force in California. NASA said, however, that the landing of the space shuttle could be delayed again for Wednesday: the crew will have to perform six approach operations in total in this case. The astronauts will have to active engines of the shuttle's maneuvering system to reduce the speed of the spacecraft and then 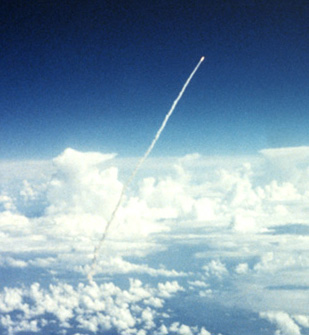 enter the Earth's atmosphere above the Pacific Ocean flying along the complicated S-like trajectory. When in the atmosphere, Discovery will have to nose up to pull over with its belly and fly above the territory of Nicaragua, Cuba and the Gulf of Mexico.

When the astronauts completed repairing the insulation of the shuttle in open space last week, the NASA administration decided for itself that the landing of the spacecraft would be immaculate. The launch of Discovery has already made the USA suspend shuttle flights once again. NASA's Michael Griffin has recently stated, however, that NASA was ready to give Atlantis shuttle a permission to fly to the ISS. Atlantis will fly into space only if NASA specialists find the reason why several pieces of Discovery's insulation chipped off its bottom during the launching.