The expert community paid a great deal of attention to the situation in Africa as the year 2006 was drawing to its close. It was a time when the democratic process in the Democratic Republic of Congo began to gain momentum while civil war in Somalia burst into flames with renewed severity. Meanwhile, even the most incorrigible optimists had to agree that the situation in Darfur was dire straits. A number of interesting articles with regard to Africa were published as early as January following the latest surge in attention to the state of affairs in the world’s most impoverished continent. 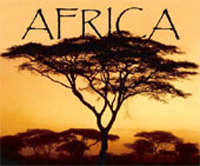 The Center for Contemporary Conflict at the U.S. Naval Postgraduate School in Monterey, California, seemed to show a particular interest in the latest developments in Africa. The center, an authoritative research institution, published a number of articles including an analysis of terrorist activities in Africa.

It is worthy of notice that the study effectively dispels several myths of Africa, which is often portrayed as a main breeding ground for terrorists. No doubt about it, there is a grain of truth in this opinion. Terrorist organizations gain new recruits from among the poor Africans populating vast and lawless areas. However, the so-called “failed states” do not give rise to radical Islamist terrorism operating around the globe, according to the authors of the study. The results of research conducted over many years show that Islamist terrorist organizations in Africa tend to originate and develop in states that have more advanced infrastructures, which mostly took shape in colonial times. The states in question are politically and economically stable, with governments that are considered democratic. Moreover, experts at the Center for Contemporary Conflicts point out that both the public and the expert community are largely mistaken when describing Africa as a continent infested with Muslim terrorists. In actuality, the number of terrorist Islamist organizations in Africa is fairly small.

In most cases the central governments are quick to put a label of terrorism on various rebels in an attempt to gain support of the international community, and the United States in particular. It is noteworthy that U.S. experts, the authors of the study in this case, form a clear link between terrorism and Islamic fundamentalism. Yet another specific feature of the current war on terror currently waged by the U.S. comes into view upon the perusal of the study: terrorist groups oriented to launching attacks outside their country of origin are thought to pose an obvious threat. In other words, a massacre in Sudan’s Darfur would be given a minimum of attention by the White House, Pentagon, and the State Department.

The above circumstance does not seem to worry the Americans a bit. They continue to fight against the Islamist terrorists at a global scale. According to experts of the Center for Contemporary Conflict, the lineup of power in Africa looks clearly-cut: the terrorist threat in Southern and Central Africa is almost non-existent while the North is almost completely enmeshed in radical Islamist networks, and Western and Eastern Africa are found to be the most potentially dangerous.

There is no guarantee that U.S. counter-terrorism programs in Africa will be a success. An increasingly comprehensive approach to tackling of the terrorist threat starts to pay off these days. In the meantime, it creates new problems relating to coordination between various U.S. agencies and governments of some African countries. It is obvious that the U.S. will also have to increase the funding of its counter-terrorist efforts in Africa at least tenfold. Funds presently allocated for the above are insufficient, compared to those spent on the operations in Afghanistan and Iraq.

Join Pravda.ru online community to say what you want