Insecure democracy in Iraq takes a further turn for the worse

A war is absolutely incapable of building a stable democratic society

The Institute of world economy and international relations of the Russian Academy of Sciences and the Stockholm International Peace Research Institute (SIPRI) presented the joint work in Moscow yesterday - “The SIPRI Yearbook 2004: Armaments, Disarmament, and International Security. The speech from SIPRI's director, Alyson Bailes, was devoted to events in Iraq. The director of the Stockholm institute emphasized that the Iraqi crisis still exists. According to Bailes, the situation in Iraq will continue developing for the worse, exerting unpredictable influence on both neighboring and remote states. 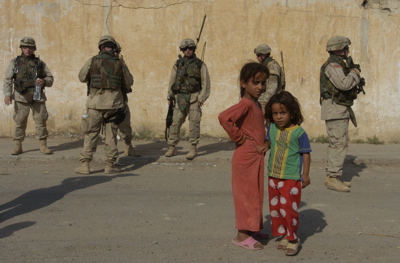 Analyzing the US policy, Alyson Bailes stressed out that it was possible to overthrow Saddam Hussein with the help of the military force, although this force is useless when it comes to the creation of a stable democratic society. Alyson Bailes advised proponents of the military policy should learn lessons of the Iraqi war.

SIPRI's director also stated in her speech that democracy was not panacea for Iraq. The head of the Russian Center for the International Security, Aleksey Arbatov, added that democracy should not be imposed in the states, which are not ready for it. “Making no threats to other countries and observing the norms of civilized politics – this is the maximum that one can require from such states,” the expert said.

Commenting on democratic processes on the post-Soviet space, Ms. Bailes pointed out the importance of differentiation between protesting and democratic movements. Opposition forces can hide under the guise of a revolutionary coup. Opposition forces can change ruling regimes, although they might not be democratic at all. According to Bailes, one should meticulously control changes on the territory of the former USSR in order to minimize negative consequences for the international security. Bailes added that such changes could not be stopped – it could be seen on Ukraine's experience.