Netanyahu has called Putin "my friend" on many occasions. However, can Israel build friendship with Russia on the blood of fifteen Russian military men, whom Israeli Air Force shot down a year ago? 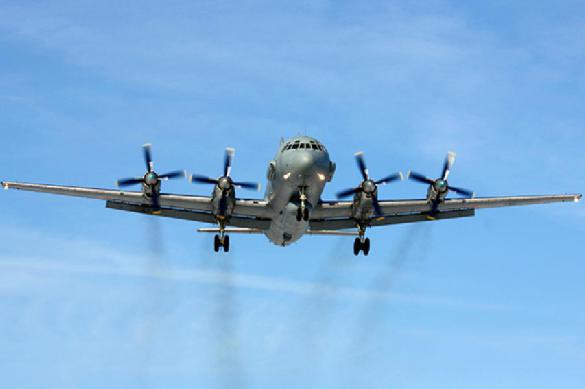 On the eve of the meeting with Vladimir Putin in Sochi, Israeli Prime Minister Benjamin Netanyahu stated in an interview with RBC said that direct contacts with Vladimir Putin prevented a clash between Israel and Russia in Syria. According to him, the clash was nearly inevitable due to contradictions between the tasks of the Russian Air Force and Israeli military during operations in Syria. "This coordination was possible only because I and President Putin respect each other. We do speak on equal terms, openly, without disdain. We speak bluntly, we do not mince words," Netanyahu said.

The remarks from the prime minister of Israel raise questions, which Pravda.Ru asked to Dmitry Maryasis, the head of the Department for Israel and Jewish Communities at the Institute of Oriental Studies of the Russian Academy of Sciences.

"One does not tend to believe in this friendship on the blood of 15 Russian military men (on September 17, a Russian Il-20 aircraft with 15 radio intelligence officers on board was shot down over Syria). Do you believe it?"

"This is a provocative and incorrect question, but I will try to answer it. First, let's start with saying that friendship between states is impossible. This is an incorrect concept. Any state has its own national interests including about cooperation with other states. Such cooperation can be tactical, strategic, deep or not so deep and so on. Friendship is a human, emotional and personal concept, and emotions in relations between states can bring only negative things.

"If we talk about last year's incident, as you remember, we have two completely different versions of it. There is a version of the Russian Ministry of Defense, and there is a version of the General Staff of the Defense Forces of Israel. The head of the Israeli Air Force brought an extensive report to Russia. The report contained documents, photographs, recordings of conversations. Yet, representatives of the Russian General Staff did not react to that evidence from Israel. It appears that Russian officials ignored explanations from Israel. It would have been more reasonable to argue with Israel, but there is an impression that Israel had not provided any explanations at all. This is strange.

"As for Syria, Israel has repeatedly shown its respect to cooperation between the two countries. For example, when Russian aircraft accidentally crossed the state border of the State of Israel, Israel provided polite reports about the incident in the Russian language to exclude insinuations. The Russian aircraft were allowed to leave Israeli airspace without any problems. There were a few of such incidents in the past, and both sides emphasized that.

"In addition, both sides appreciate the contacts and information that Israel shares with Russia. Vladimir Putin, if you remember, said a year ago that there can be different situations. The crash of the Il-20 is certainly an unpleasant situation, but it does not terminate an opportunity to continue the relationship."

"Netanyahu said that it was friendship with Putin, rather than a mechanism, that prevented the clash between Russia and Israel in Syria. If friendship decides everything, maybe Putin should be re-elected endlessly, like Netanyahu?"

"Let's not go there. I do not think that we elect the leadership of the country for the purpose of their friendship or hostility with someone else. We elect leaders so that they solve state problems. Netanyahu is having election campaign in progress. Elections are coming on September 18."

"Why should he be a friend of Russia? Benjamin Netanyahu is the Prime Minister of the State of Israel. He defends the national interests of the State of Israel. In turn, the State of Israel under his leadership has repeatedly demonstrated its respect for the interests of Russia. For example, Israel has not joined US sanctions against Russia after the Crimea referendum. Israel still does not support the sanctions, which the United States extends over and over again. This does not mean, though, that Israel and Russia always look in the same direction and agree on everything. Israel has its own agenda, while Russia has its own agenda. Russia and Israel argue and maintain a close relationship and cooperation. This is very important. I think it is incorrect to talk about these issues from the standpoint of friendship."

On September 17, 2018, the Il-20 reconnaissance aircraft of the Russian Air Force was approaching Hmeimim air base over the Mediterranean Sea for landing. Being about 35 kilometers off the coast, the airplane was shot down by Syrian air defense missile, which was targeting Israeli F-16 aircraft that had violated Syrian airspace.

According to the Russian Ministry of Defense, F-16 were striking targets in Latakia. The Russian military are convinced that Israeli planes deliberately used the Russian Il-20 as a cover to escape from Syrian radars. Despite agreements to prevent dangerous incidents with Israel, the Russian command was notified only one minute before Israel's attack.

The Israeli version says that several Syrian air defense batteries fired dozens of S-200 missiles at Israeli fighters within 40 minutes. Some of those missiles crashed in Lebanon, while some others - in areas far from Latakia, where the Russian plane was shot down.