WWIII the only option to reboot the world?

Is the global economy really growing or is there another financial bubble being inflated? It is an open secret that a good solid agreement comes a lot easier for three countries, rather than for seven, let alone 20 different countries. Is WWIII the only option that can solve all existing and brewing crises? 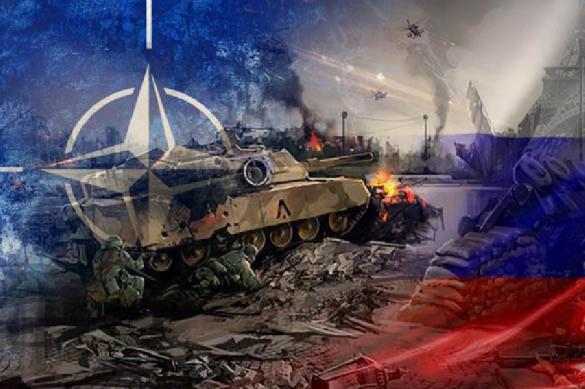 Inna Novikova, Pravda.Ru editor-in-chief asked these and other questions to Leonid Krutakov, Russian political scientist, publicist, analyst, associate professor of the Financial University under the Government of the Russian Federation.

"Leonid, you believe that the world economy has not been growing since 2008, that there is a dollar bubble being inflated instead. Are there other new phenomena that make a real contribution? Maybe the economy is growing owing to the scientific and technological progress, technologies of intellectual labor or even economic speculations?"

"Speculations do not fall into the category of intellectual work. The intellectual component has always been an important component of global economy. In short, nothing new has emerged in economy. Just try to imagine that you remove the wheel from economy - these are turbines, aircraft propellers and much, much more. You remove all these inventions, but is there a way to capitalize them? Who should pay the intellectual rent? The United States and the entire so-called Anglo-Saxon world are trying to introduce and force the world to pay the intellectual rent."

"We pay it already."

"We surely do. The financial bubble is big enough already, so there is either all or nothing. They have no other choice, so we can see the confrontation growing, they have been cornered. Sanctions will continue, and nothing is going to change for the better until global political space is reformatted.

"In the past, we had seen this process happening in the form of two world wars. Today, the main question is whether mankind falls into the chaos of another global war or world leaders find a way to change the rules of the game. As history shows, global political structure can be changed only with the help of war. There was no other way. Yet, I do hope that we have reached a different point as a civilization when we can find another solution to the problem.

"At the same time, we do not need some drunken colonels handling nuclear suitcases - it is not them, who should determine the fate of the world. We need intellectual, cultural, scientific, economic figures, sane politicians who will sit down at the negotiating table."

"I think that the world belongs to those who have money to finance politicians."

"Money is a fetish. Those who finance parties and politicians, they are not suicides either. They have their scenarios too. If there is a global war, they will suffer global losses too. When the war ends, how low is the world going to fall? From what level mankind will have to rise again?

"To avoid this, one needs to come to an agreement and share part of global profit with Russia and China, India and so on and so forth. The new design can no longer be limited to a security council where its members conclude agreements with each other. New players will have to be included. Turkey is a serious player now, there's also Brazil and many other countries. The circle of negotiators will have to be enlarged considerably. This makes the process of negotiations a lot more difficult. Stalin, Churchill and Roosevelt had played their role in the past, but mechanisms of the past will not work in the present."

"They already discuss an opportunity to take Russia back to G7, but Putin will not sit down on a chair nearby."

"Indeed, when Putin talked about the opportunity for Russia to return to G8, he said that he did not see any point in that. There's the G20."

"Do you think that the G20 is the club that can save the world?"

"I think that the G20 is tricky. It is too large, and it appears to me that this club gives one an impression that problems can be solved. G7 unites all industrialized countries - this is the golden billion. The G7 emerged in response to the creation of the OPEC after the oil crisis. The OPEC stands for oil producers, while the G7 represents oil buyers, who stood together as united front to coordinate their interests. Germany and Japan are not members of the Security Council  - they cannot have a political representation. They have the only opportunity to protect their interests through the G7.

"We have seen attempts to create alternatives in the face of the Shanghai Cooperation Organization (SCO) and BRICS. The BRICS has actually fallen apart, so one should talk about Russia, India and China now - RIC. Most likely, Iran and Turkey will join in. The alternative project is being developed, it's not ready yet."