Why do the United States and the UK invent fake news about Russia? Why does the USA still harbour plans to take Russia under control even at the time when the world changes so fast? Pravda.Ru editor-in-chief Inna Novikova asked these and other questions to Leonid Krutakov - Russian political scientist, analyst and associate professor at the Financial University under the Government of the Russian Federation. 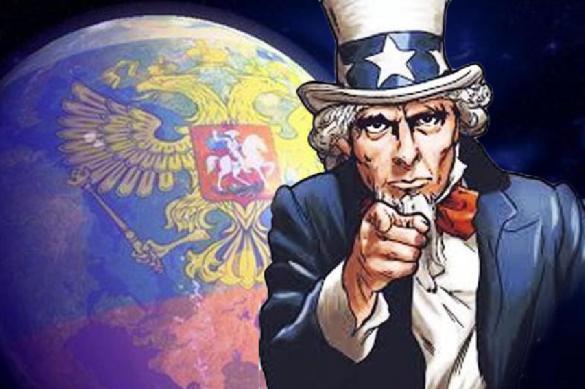 "The USA and the UK work to prepare a portion of new explosive fake news about people close to President Putin. What is your assessment to this and to the international state of affairs in general?"

"The goals of the world supremacist state have not changed in recent years at all. The Americans have one main problem - Russia, because key resources for the development of the world economy are located in Russia. Today, the USA is unable to keep those resources under control, even though the United States is the main financier and investor in the world. This is the baseline to the conflict between the USA and Russia.

"As long as Russia was following the United States politically, the Americans were calm about the Russian resources. First and foremost, it goes about oil, gas, palladium, other rare earth metals and so on and so forth. Russia accounts for 30 percent of world mineral reserves - this is a key resource for economic growth in the future. The large political crisis started brewing when Russia started going out of America's control.

"John Maynard Keynes gave a clear definition to this issue: if you invest in assets in another territory, then sooner or later, the benefits that you receive from this will lead to enormous security problems. This is what we can now see around us now.

"There is another global conflict brewing - the confrontation between China and the United States, because these two countries are interdependent on final product. The USA is the main investor, and China is the main producer. China is a global factory, but without resources. Let's assume that a cement plant is China, the United States is its office, and a quarry is Russia.

"Now, if we take the quarry out from this model, it stops working. Therefore, Russia is a key element in the chain of world production. Everything depends on whom she will be friends with or who will take control of her. We have been witnessing this since the discovery of oil and the seizure of the world market by Standard Oil.

"The conflict persists, because the West does not need Russia as a centre of a different development model. For the West, there is no such thing as strong Russia. Russia is not even a country for the West - this is a territory for development. Yet, the territory resists, the population resists, political elites do not want to go into oblivion. That is why we can see the conflict developing."

"The West was controlling Russia almost completely only during the 1990s and in the beginning of the 2000s. Russia has not been following the USA for as many as 20 years now."

"That is true. Russia has always been a key player, as long as the world agenda was Eurocentric, and the European centre was the strongest. The longest periods of peace in the history of Europe were the periods when Russia would enter the political arena as a key player. This included the Holy Alliance, when Russia, Germany and Austria would ensure the absence of war or stop any war.

"Today, however, the agenda has moved overseas. Europe is a periphery for the United States, just like Russia and China are. The United States sees itself as the centre of the world. It is no coincidence that they have the Capitol. The Americans see themeless as the successor to the Roman Empire."

"How do you assess prospects for further sanctions against Russia? There are many countries in the world that already say that it is time to stop them and cooperate normally. Sanctions don't make sense, but still they keep them in effect. The new head of the European Commission, former Minister of Defense of Germany, Ursula von der Leyen, said that one should conduct a dialogue with Russia, albeit from a position of strength."

"It sounds ridiculous from the mouth of the chairperson of the European Commission. Well, there is no other agenda. They have only one agenda: to change the regime in Russia and force the new one  to follow their global project. Without this, the global project is stalled. We can see that global economy is not growing.

"Only two dollars out of every 100 used in global transfers concern real commodity supplies and services. All the rest account for speculative transactions. The world dollar supply has increased by 40 percent in ten years, but the world economy has not had such a growth during the same period of time.

"This is such a huge money bubble. To deflate it, one needs real assets. These assets are located in China, Russia and the Middle East. Resource assets are much more preferable than labor and industrial assets, because they can be included in the global value chain without the population.

"Oil that we have under our feet is there by itself, and it costs money by default. Natural gas, coal, palladium, copper, metals, aluminum - anything that can be found under the ground is already worth a lot of money natively. Russia's resources are supposed to fill the financial bubble of the West so that it does not burst. As a matter of fact, the world is already in a period like the Great Depression. We have great recession now - the global economy has not been growing since 2008. 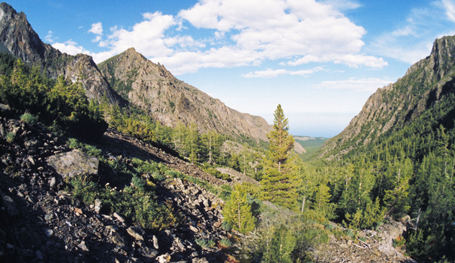