The United States did not stay on top of the world for too long. Bipolar times are coming again. The world will be different in the future, and everyone understands it already today. What kind of the world will it be? What centers of power will the new world have? What price do we have to pay for this change? Inna Novikova, Pravda.Ru editor-in-chief asked these questions to Leonid Krutakov, Russian political scientist, journalist, analyst, associate professor of the Financial University under the Government of the Russian Federation. 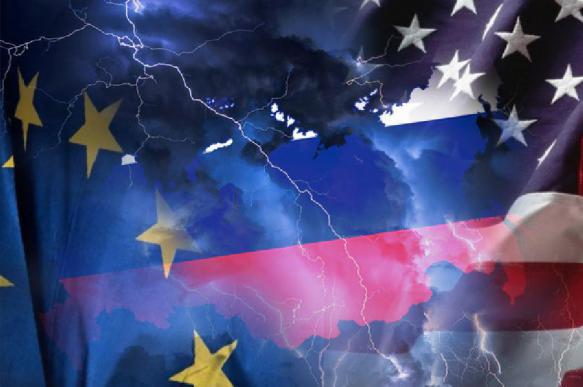 "The world has been getting bipolar, and the USA has been losing its role of the global supremacist state. However, an alternative to today's world order has not been formed yet. What forms can it take and how can this change happen?"

"Indeed, we are actually entering the bipolar period again. There are interests of one group of countries and there are interests of another group of countries. During the previous bipolar era, it was the USSR that was acting as the locomotive. These days, it is obvious that China will take the role of the USSR instead. This peculiarity has its own pluses and minuses for Russia.

"Not too long ago, Russia had found itself within the Washington Consensus, where we were not even third class passengers, but rather firemen, whose role was to throw coal into the oven of the  big ship.

"It is clear that China's role and position is closer to Russia unlike to the role of theWest. Russia had been trying to open that door to the West, but the West never let us enter. Russia eventually turned its back on that door to see a giant on the other side. This giant is China, and this giant told us that it was ready to work with us.

"We are creating a new format. We develop political cooperation, we hold joint military drills, we conduct economic cooperation, we build pipelines together. There is a new project for the development of the Arctic, where China and India will be key stakeholders, because the Northern Sea Route will be used targeting only Asian markets.

"The economic and political consolidation of Eurasia as a continent is underway. In the past, Eurasia was divided into two different markets - Europe and Asia. Russia was something like a black hole, the Trans-Siberian Railway was hardly ever used. These days, we can eyewitness the formation of joint Eurasia.

"If you look at the map of China's "One Belt - One Road" initiative, you will see several ways there. There is a ground way, a way through the Suez Canal, and the Northern Sea Route was also included in this project. We can see all of Eurasia integrating, and the process is taking place under new conditions.

"All of this comes as a catastrophe for the island civilization of the Anglo-Saxons, who cannot help but wonder what their role will be in all that. They still control the sea and supplies by sea, they still set the rules. What if other countries take over? What will be the point of the Sixth Fleet in the Persian Gulf then?

"The United States is witnessing a decline of the American empire now. Therefore, they start yelling more, they threaten more, they intimidate others more, but they do all that against the background of the growing influence of China and Russia."

"Well, it has always been the same. This is natural. Some countries become great powers, but empires rise and fall."

"Of course, but for those who rise, this is a prospect, and for those who fall - this is a disaster. Therefore, they will resist and fight. They still have enough force, they can still control a lot. However, I have a feeling of a serious threat, a global cataclysm looming. Those who have been cornered, they can attack to kill in order to survive."

"Unfortunately, you are not the first to say this, although we would like to hope that reason will prevail. After all, it is very true that after the Third World War, the next war will be fought with batons and sticks."

"This is true, but for the elite, the main issue is not even money. They want domination and power. If in order to preserve their power, they will have to exterminate a half of the population of the Earth, they will go for it, without a second thought."

"Even if they survive, how are they going to live amid total destruction afterwards?"

"I think they have their bunkers ready. The key issue here is not about the loss of money, because power converts into money, and money converts into power. Yet, it is power that comes first, but not money. Money is a tool to use power. This is their standpoint."