Those who have not had a chance to experience all the "beauty" of the arms race of the 1960s and the 1970s are incredibly "lucky" today, as they can now understand what it feels like to live within a 4-10 minute flight of a cruise missile to Moscow. 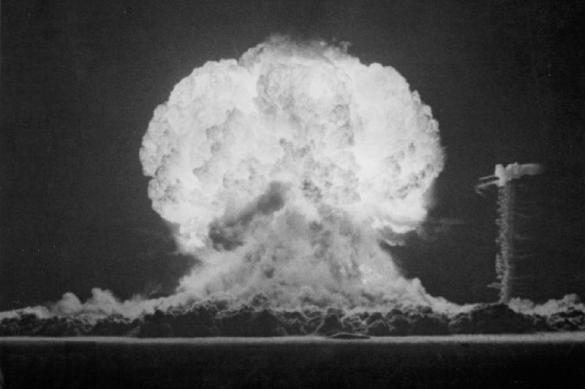 In October last year, Donald Trump announced his intention to withdraw from the INF Treaty, and Moscow was officially notified of Washington's decision last week. According to Trump, it is Russia that has been violating the treaty for too long, because Russia has at its disposal the 9M729 cruise missile that boasts the range of more than 500 kilometres. Russia immediately announced mirror measures in response.

"Our answer will be symmetrical," Vladimir Putin said at a meeting with Foreign Minister Sergei Lavrov and Defence Minister Sergei Shoigu. "Our American partners said that they would suspend their participation in the treaty, so we will suspend ours. They said they would start research and development, so we would do the same," Putin said. The following day, Defense Minister Shoigu announced plans to begin research and development works on the creation of a ground-based version of the Caliber missile complex and a new hypersonic medium-range missile.

For those who don't know - this is how an arms race begins.

Does history teach anyone anything?

During the first arms race, the United States and the USSR had created a nuclear arsenal of 60,000 warheads by the 1980s. Owing to the INF Treaty, which was signed in 1985 by Presidents Gorbachev and Reagan, the two sides eliminated a whole class of most dangerous missiles, as the time for a cruise missile to approach Moscow from a US base in Germany was only six minutes. Today, according to the State Department, the Russian army has deployed 1,765 nuclear warheads, while the United States has 1,411. It is worthy of note that only 100 explosions of such warheads can put an end to human civilization. There can be no winner in an arms race - this race can only make the end come closer.

However, Donald Trump is apparently not aware of this. On Wednesday, speaking before Congress, he warned China and Russia not to strive for victory in an arms race with the United States, because it is only the USA that can leave all other countries behind, he said.

China is not the only country that has medium-range ground-based missiles. India, Pakistan and Iran, Turkey and Saudi Arabia have such missiles as well. France has recently announced the development of a mid-range hypersonic cruise missile. In other words, it is not only superpowers that have super weapons these days.

Yevgeny Buzhinsky, the chief of the Center for Political and Military Research at the Moscow State University, told Pravda.Ru that China has a much greater potential. "Unlike Russia and the USA, China's potential of medium-range missiles makes up 70 percent. However, it is impossible to get China involved in a new INF Treaty.  It is impossible to attract China without India, India without Pakistan, Pakistan, Iran, Saudi Arabia - without Israel. If the INF Treaty can be redrawn, then it should be a global multilateral treaty, which is absolutely unrealistic under current conditions," the expert noted.

The USA's withdrawal from the INF Treaty may work against Trump in the next election, because  the overwhelming majority of American voters reject the prospect of abandoning the 32-year agreement, a study conducted by the University of Maryland said.

USA's biggest mistake is still ahead

Taking into consideration the presence of John Bolton and other hawks in the Trump administration, the United States may pull out from the Strategic Offensive Arms Treaty (START-3), which Presidents Medvedev and Obama signed in 2010. The treaty is the last major agreement that limits nuclear potentials. The agreement can be extended for five years if Washington and Moscow want this to happen. If the START-3 document becomes history, restrictions on the upgrade of nuclear arsenals will be lifted for the first time since 1972.

According to Yevgeny Buzhinsky, a consensus to end the arms race is impossible in the foreseeable future. The race will continue "either until the Russophobic hysteria in the United States comes to an end, or until the moment when the world finds itself on the brink of a nuclear war."

"If the Americans want to destroy Russia ten times, well, let them destroy us ten times. We will destroy them only once," said Buzhinsky.