USA's paranoia of sanctions not going to end after Trump

US officials said that sanctions would not be the only tool to contain the Russian Federation. Russia's foreign policy is "unacceptable" and "malicious" for Washington. Representatives of the US administration said that they would introduce a number of restrictions against people in President Putin's inner circle. 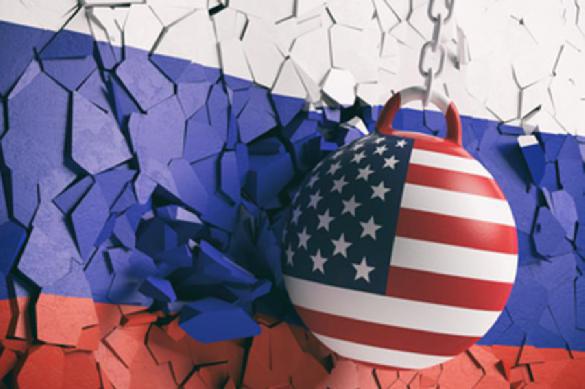 It is unclear what the US wants to achieve. If the Americans are satisfied with the effect of their sanctions against the Russian Federation, then they would not be saying anything else about new instruments of pressure. If their sanctions do not reach the desired effect, and they continue imposing them, it is obvious that the Americans discredit themselves with this behaviour.

Valery Garbuzov, director of the Institute of the USA and Canada of the Russian Academy of Sciences, talked to Pravda.Ru about the tools that the United States can additionally employ to put more pressure on Russia.

"The policy to contain Russia has been formed for a long period of time. Sanctions appear to be its main instrument. This is the instrument that the United States loves most. As for other ways of showing influence on Russia, one can only guess. I would assume that the United States may wrap up its dialogue with Russia. This would be a lot worse than sanctions. In this case, if problems between the two countries arise, there is no way to solve them, because the United States refuses to negotiate. Expulsion of diplomats - this could also be a method of diplomatic attack. Restricting Russia's arms supplies is a combination of sanctions and political pressure.

"The United States has chosen its course, so the Americans can come up with new ideas. They can expand sanctions - personal, sectoral, financial and others. They can also punish everyone who violate them. I do not expect that the United States will change its sanctions regime either during Trump's presidency or afterwards," the expert told Pravda.Ru.

US sanctions to kill Russian banks and sovereign debt