According to a recent article in The Wall Street Journal, the Pentagon develops military scenarios for Syria, but President Trump is not sure yet, whether the United States should attack Russian or Iranian military forces that support Bashar Assad in Syria. Assad, the article said, has supposedly approved the use of chlorine for an attack against the last stronghold of rebels in the province of Idlib. 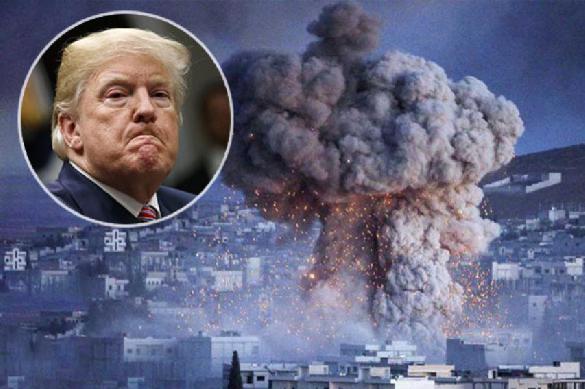 Will Washington dare to attack Russian forces in Syria? The United States has conducted two missile attacks on Syria - in April 2017 and in April 2018. Both of those attacks were conducted  after reports of chemical attacks allegedly committed by the Syrian army. The US conducted the attacks without looking for any evidence. What is going to happen this time?

Vladimir Fitin, an expert at the Russian Institute for Strategic Studies, told Pravda.Ru that chances for the Americans to attack the positions of the Russian army in Syria are extremely low. "The Americans can continue striking positions of the Syrian army. An attack on the Russian forces may lead to a retaliatory strike on US bases in the north-east of Syria, in the area of Deir-ez-Zor. Russia may also attack the US navy in the Mediterranean Sea. No one knows what this double game may lead to and which scale it may take. It is highly unlikely the Americans can go there," Vladimir Fitin told Pravda.Ru.

"According to the bellicose rhetoric from US officials, others fear an attack that the United States may conduct, so they will be limited in their actions. However, this has nothing to do with reality," the expert concluded.

According to intelligence sources of the Russian Defense Ministry, a chemical attack in Syria is imminent, and terrorists in Idlib already received barrels of chlorine. Foreign Minister of Syria Walid Muallem confirmed and even expanded the information by saying that the chemical attack would be prepared by White Helmets volunteer movement.

Meanwhile, Russia and the US continue building up their groupings in the Mediterranean Sea. Russian Foreign Minister Sergei Lavrov warned about a possible confrontation between US and Russian forces in Syria.