Moscow to respond to Zakharchenko's murder

The crisis in the Donbass has been exacerbating regardless of the recent murder of Alexander Zakharchenko, the leader of the People's Republic of Donetsk. Does Moscow have any red lines that no one can cross in this project? 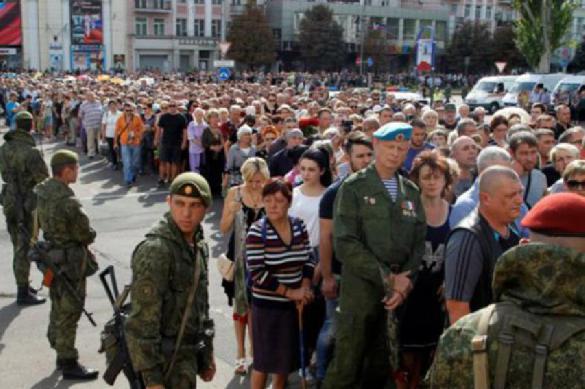 Alexander Zakharchenko was killed on August 31 when an explosion ripped through "Separatist Cafe" in the center of Donetsk. During the assassination, Zakharchenko's security guard was killed too, and several others were seriously injured, including Zakharchenko's right-hand man, Minister Incomes and Collections of the republic, Alexander Timofeev.

Zakharchenko had used the cafe for his regular meetings. For the time being, there are two main versions of the murder. In Donetsk, it is believed that it was Ukrainian special services that committed the crime. Security forces of Donetsk have detained several suspects - they are "Ukrainian saboteurs and their accomplices." One of Zakharchenko's guards is also suspected as he managed to escape from the scene.

It is also believed that Zakharchenko could be killed by someone from his team. "If a quick interception of power was prepared in favor of Dmitry Trapeznikov (he was appointed acting head of the People's Republic of Donetsk -ed.), then the terrorist attack was the only option for a" constitutional "solution of the problem." According to reports in Nezygar Telegram channel, the authorities of the People's Republic of Donetsk had been conducting purges of the Ministry of Internal Affairs and several army divisions beyond Zakharchenko's control.

It is worthy of note that Dmitry Trapeznikov is a former manager and curator of the fan movement of Shakhtar Football Club, owned by billionaire Rinat Akhmetov. He also held leadership positions in such business structures as Baustandart LLC, Billiardai LLC, Blagosvit Charitable Foundation.

Mikhail Pogrebinsky, the Director of the Kiev Center for Political Studies and Conflictology, told Pravda.Ru that both of the above-mentioned versions are possible. The cafe, where Zakharchenko was killed, was guarded very well. Therefore, it brings up the idea that someone from Zakharchenko's closest associates  was involved in the murder.  "Someone was paid a lot of money, one needs to know who paid it, but, of course, it will be difficult to find the paymaster," the political scientist said.

Immediately after the tragedy, Russian President Vladimir Putin sent a letter of condolences to local residents. Putin wrote that terrorists would not be able to make the people of the Donbass fall to its knees. "Russia will always be with you," Putin said. Russian Foreign Minister Sergei Lavrov said that a "Norman format" meeting was out of the question for the time being.

Why Donbass will not go to Russia

Meanwhile, people installed portraits of Alexander Zakharchenko and former People's Artist of Russia Joseph Kobzon at the Russian Embassy in Kiev. Their portraits were crossed in red ink. There was also a partially portrait of Vladimir Putin.

Is there a red line, behind which Moscow's patience is gong to end? Does Russia try not to escalate the conflict because of the tense relations with the West? If there is such a line, we would like to understand where it goes. The situation has been getting increasingly threatening, regardless of who killed Zakharchenko - either Kiev or traitors and enemies of his team.

According to Mikhail Pogrebinsky, Moscow is not interested in recognising the status of the breakaway republics in a form that would ruin the Minsk process. "Even if the agreements are at an impasse, Putin does not want to be the one who starts the process to destroy them. Moscow does not want Ukraine to become an openly hostile state," the political scientist said. If the Donetsk and Luhansk republics become part of Russia like the Crimea did no one will protect the remaining Russian part of Ukraine - Odessa, Kharkov and other regions. Kiev covers up gangs of Ukrainian nationalists, so many people will find themselves in big trouble and no one will be able to protect them," Mikhail Pogrebinsky said.

"If the Donbas goes to Russia, the rest of Ukraine will move towards NATO and deploy NATO bases on its territory. If the Donbas remains part of Ukraine, it will show influence on the policy of the state, and Ukraine will keep its neutral status, at least to a certain extent. With a population of up to five million people, Don residents will have a large faction in the parliament," the expert said.

"Many in the breakaway region may not like Russia's position on the matter. Those people consider Russia their home, but there's big politics that the Russian president cannot ignore," the expert concluded.