Russia's Ministry for Foreign Affairs reacted to the death of the head of the People's Republic of Donetsk, Alexander Zakharchenko, who was killed as a result of explosion in Donetsk on August 31. 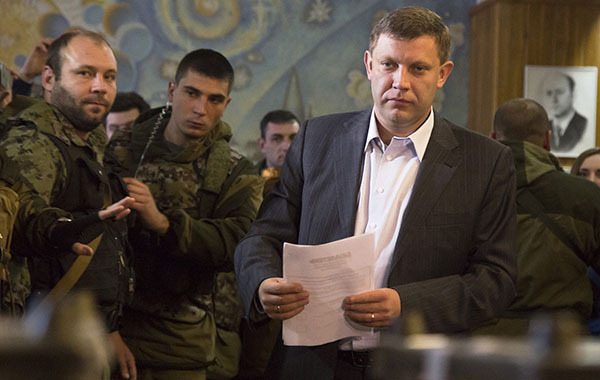 Maria Zakharova, an official representative for the Foreign Ministry of the Russian Federation, believes that the Kiev authorities were behind Zakharchenko's murder.

In her opinion, Ukraine wants to proceed to a "bloody massacre" in the Donbass, rather than implement the Minsk Accords.

"There is every reason to believe that the Kiev regime is behind his murder. This regime has repeatedly used similar methods to eliminate dissidents and disloyal individuals. Instead of implementing the Minsk agreements and finding ways to resolve the internal conflict, the Kiev war party is implementing the terrorist scenario, exacerbating the already complicated situation in the region. They have not kept their promises of peace and apparently decided to proceed to a bloody massacre," Zakharova said.

"The world community should demand, and, considering the puppet system of Ukraine's political system, control the impartial investigation into the crime that was committed in front of civilians," she said.

Alexander Zakharchenko, the head of the breakaway People's Republic of Donetsk, was killed in an explosion that ripped through "Separatist" cafe in the center of Donetsk on August 31. He died of his injuries at hospital. The Minister of Revenues and Charges of the self-proclaimed republic, Alexander Timofeyev, also known by his nickname Tashkent, was seriously injured in the explosion too.