Let us just assume that the group of Russian journalists went to the Central African Republic to have a meeting with an informant who promised to share compromising materials with them about the actions of the Russian authorities in the CAR. Probably, the level of security that the journalists had was not enough, and something went wrong. This is commonplace in the country controlled by 14 gangs. 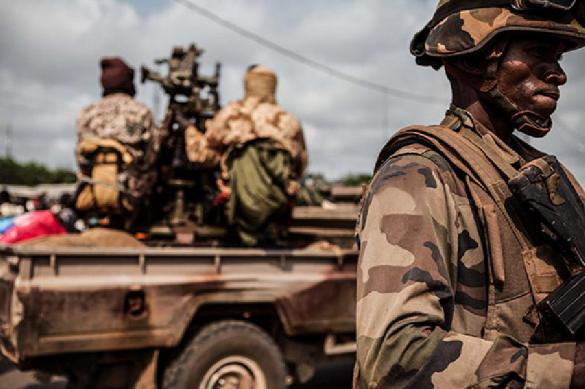 Reuters said that unidentified individuals opened fire at the Russian film crew from an ambush at around 10 p.m. local time. The driver of the car survived. According to the local newspaper Ndjoni Sango, the Russian journalists entered the country without accreditation, were traveling on a rented car and had tourist visas. A source in the government said that despite the recommendation not to leave the government-controlled area, the journalists continued their journey to the north from the city of Bangui. Being about 32 kilometres far from the capital, the journalists came across a group of armed people in turbans who spoke neither French nor the local dialect. They asked the Russian film crew to step out of their car. Most likely, this story was told by the driver - the only survivor.

Russian sources say that the group was planning to meet with a UN representative named Martin, who was staying in the town of Bombari, about 400 kilometres away them. It was Martin, who recommended the driver for the Russians. The driver had earlier worked for French journalists in the CAR. The Russian journalists had about 8,500 dollars in cash and expensive equipment. Representatives for the Russian Foreign Ministry said that the consulate in Bangui was not aware of the work that the journalists were doing in the CAR.

Evgeny Korendyasov, the head of the Center for Russian-African Relations at the Institute of African Studies, told Pravda.Ru that the journalists made a strange decision to travel around the country, where power is legal only in the capital (not in the entire city) and in one or two other towns, and where armed gangs and Islamist groups roam everywhere.

"They smuggle valuable goods there, such as diamonds and gold.  The country has been living in a state of instability for ten years - all because of Seleka Islamist organisation that has its support in neighbouring countries," the expert told Pravda.Ru. "The trip was unprepared, which speaks of adventurism. The appearance of the name of Mikhail Khodorkovsky in the whole story suggests that the purpose of the trip was to cast shadow on the sitting Russian administration and the Russian president in particular," Yevgeny Korendyasov said in an interview with Pravda.Ru.

Yet, Russia's presence in the Central African Republic is legitimate.

After the meeting in Sochi in October 2017 between President of Central Africa Faustin-Archange Touadéra and Russian Foreign Minister Sergey Lavrov, Moscow asked the UN Security Council to lift the embargo on arms supplies to the CAR to be able to create a battle-worthy army with Russian weapons and instructors. The UN Security Council gave its agreement, probably because about 12,000 French peacekeepers could not handle chaos in Islamists in the country, let alone the fact that many of those peacemakers committed crimes against local residents.

After the decision made by the UN Security Council, Moscow and Bangui signed a bilateral agreement providing for the shipment of rocket launchers, machine guns, automatic rifles and pistols to the CAR. The agreement also provided the training of two battalions - 1,300 people - so that they could use those weapons.

Thus, the main version of the murder is robbery. Most likely, the journalists were going to the informant (possibly a mercenary), but their security failed to save them for an unknown reason.

In conclusion, we would like note that one of the killed journalists, Orhan Dzhemal, had a "personal dislike" for the Russian president. "I personally do not expect anything from Putin, I'm waiting for this man to die. Maybe I'm dreaming ... I'm not gonna be sorry if something bad happens to him," he once said. As they say, be careful what you wish for.