Forgotten and neglected: Millions of people in Central African Republic

These countries do not make it to the front pages of the international media because they are African, Central African and are a source of gloom and doom stories, disasters, disease and drought. Just occasionally, if there are enough pictures of malnourished children, some westerner will pose on camera and jump on the bandwagon. 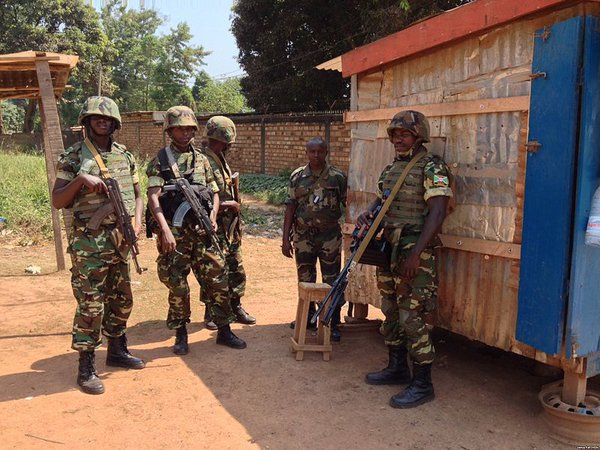 Behind the scenes, fortunately, aid workers and volunteers are contributing funds, food, water, aid packages, medicines and are risking their lives to bring much needed supplies to those in need. Top of the list of neglected cases is the Central African Republic, in a shortlist including Sudan, South Sudan, Somalia, Nigeria, DR Congo... drawn up by the Norwegian Refugee Council.

Last year, a paltry 38 per cent of funding required by the Central African Republic was received by the United Nations Organization, a clear sign that the world has turned its back on this poverty-stricken African nation and that humanitarian needs are ignored if a country is not at the center of some geo-political hub of resources. This year only 20 per cent of funding asked for, has been received.

Imagine 150 million Americans, or 30 million British and French, 40 million Germans living in poverty, unable to put enough food on the table to eat. That is the situation of the Central African Republic, where half the population suffers from food insecurity and 65 per cent does not have access to safe water. Over one fifth of the population is displaced.

The Central African Republic Bush War 2004-2007 ended in a peace and reconciliation agreement between the Government of President François Bozizé and rebel forces but the problems smouldered on, erupting into almost continued and widespread violence. Séléka (a coalition of five Moslem groups) and the anti-Balaka (Christian militias) fought a bloody war until peace talks took place and thereafter, the former leaders of the several factions engaged in fighting for territory and riches. Today, chaos is installed with different factions fighting against each other in different areas of the country, leading to the humanitarian catastrophe looming before us.

The international community is disinterested.