Former Ecuadorian President Rafael Correa believes that the current President of the country, Lenin Moreno, has already reached an agreement with the United States and Great Britain to deliver Julian Assange. 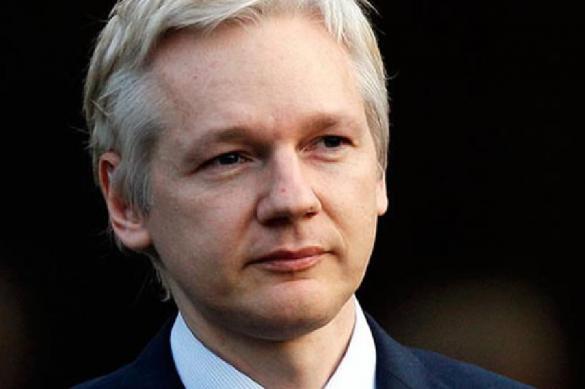 On July 27, the president of Ecuador said that Assange should leave the building of the diplomatic mission, but he did not give the date. This gives the Australian king of leaks a hope to try to predetermine the outcome of his voluntary imprisonment in the building of the Ecuadorian Embassy in London.

Over the years, Assange's WikiLeaks has published many secret materials about spy scandals, corruption in the governments of many countries, about war crimes and secrets of diplomacy.

Ecuador granted asylum to Assange in its embassy in the UK when it became clear that there was no need to expect guarantees of an impartial trial against the journalist.

If Assange leaves the embassy, he will be delivered to the USA where he will have to face a package of accusations of state treason and espionage. It is highly likely that Julian Assange can be sentenced to death.

At the same time, Julian Assange does not seem to be happy about the prospect of living the rest of the days at the embassy of Ecuador. The prospect of being taken to the US, or even to Guantanamo is not better either.

The fact that the President of Ecuador has announced the expulsion of Assange suggests that there is an agreement with US authorities. The deal has most likely been signed, but no one is going to disclose any details, of course.

Twenty years ago, there was a basis for the development of unbiased journalism, but it is strange to even talk about it these days. If journalists are ordered to ruin someone's reputation, they can do it very quickly.

One of the biggest wishes of US President Donald Trump is to close the topic of Russian hackers interfering in all types of affairs in the United States. Probably, Julian Assange could serve a scapegoat for the purpose.

It is curious, though, how Assange has managed to avoid direct communication with "good guys" from the competent structures of the United States. Julian Assange is a hacker, but he is not Russian, so there is a good chance for the US president to end the witch hunt in his country and keep relations with Russia alive.

The topic is not likely to close, though. "Russian hackers," just like Novichok, harassment and doping in sports are the tools that the West needs for its anti-Russian propaganda.