After China's successful economic expansion into Central Asia, Beijing proceeded to implement its "Marshall Plan" for the Middle East. China has allocated $20 billion to restore economies of the Arab states. In addition, China and the Arab countries will create an inter-bank association worth three billion dollars. 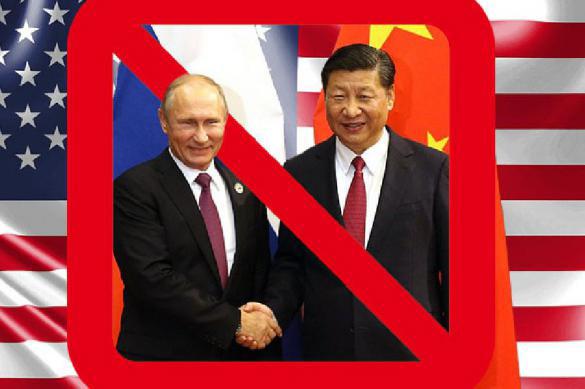 Chairman of the People's Republic of China Xi Jinping announced these plans from the rostrum of the 8th Forum of China-Arab Cooperation in Beijing. He specified that the first tranche of $15 million was allocated to Palestine and another $90 million were allocated for humanitarian projects in Yemen, Iraq, Lebanon and Syria. That is, it goes about the poorest countries in the Middle East, who suffered from the civil war.

China does not forget about the richest countries of the Persian Gulf either, including Saudi Arabia. Beijing has been building up its defence cooperation with Riyadh. In particular, the two countries reached an agreement on the supply of 30 reconnaissance and attack unmanned aerial vehicles Rainbow-4 to the Saudis. In addition, Beijing is ready to finance the implementation of the construction of a high-speed railway from Saudi Arabia to Israel, although the project is under discussion.

This project provides for the revival of the Great Silk Road by creating an extensive infrastructure network from China's western borders to eastern and southern borders of the European Union. Transport corridors that connect Central and Eastern Asia with the Middle East include railways and highways, as well as sea and air routes, pipelines and power lines.

New transport corridors that embrace about four billion of the planet's population, will allow the Middle Kingdom to dominate European and Asian markets. The Middle East takes an important place in Beijing's major project, as this region is a transit point connecting Asia and Europe.

One of the main goals of the economic expansion of the Middle Kingdom to the Middle East is to gain access to extensive oil and gas resources of the Persian Gulf. According to experts, by 2020, the volume of natural gas consumption in China will increase to 420 billion cubic meters. Beijing needs cheap energy from the Middle East.

The first step in this direction has been made. China's national oil and gas company CNPC has agreed with Tehran that in case of US sanctions against Total (France) in Iran, the Chinese gas giant will take the baton from the French to develop the field in South Pars. Iranian Minister of Oil Bijan Namdar Zangeneh confirmed the fact of the agreement. Thus, China's CNPC will control 80 percent of the gas field the reserves of which are estimated at 50 trillion cubic meters of gas.

As for oil, China eyes import of "black gold" from Saudi Arabia. Currently, the share of Saudi oil in Chinese imports makes up 15 percent of the whole Chinese oil consumption. Beijing is ready to buy more oil from Saudi Arabia, but the latter should abandon the US dollar and switch to the yuan. In March 2017, Saudi King Salman signed a package of commercial agreements with the Celestial Empire worth 65 billion dollars.

So far, Moscow and Washington have not commented on Beijing's economic expansion into the Middle East. However, in the next few years, when China takes control of a number of leading Arab countries, Russia and the United States will have to either recognise China's economic dominance in the Persian Gulf or sacrifice huge money to keep their influence in the Middle East.