Trump-Kim honeymoon in Singapore may open McDonald's in Pyongyang

According to US media reports, the USA-DPRK summit in Singapore was a historic meeting. The meeting of Donald Trump and Kim Jong-un has brought up the memory of the diplomatic triumph of the 36th US President Richard Nixon, who became friends with Mao Zedong in Beijing in 1972 amid the cold war between the USSR and China. 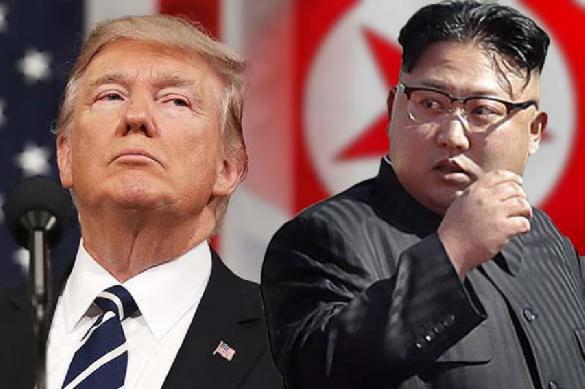 The White House remains in a state of euphoria: Trump says that the outcome of the summit exceeded all expectations. Yet, many on the Capitol Hill approach the situation with a share of skepticism. In particular, Republican Senator from the State of Georgia, David Perdue, believes that "the process of eliminating the nuclear program of the DPRK will be long and indirect. In his opinion, this process will take at least several months and may last for years.

In the future, American businessmen may arrive in the DPRK to discuss the creation of joint ventures there. It may seem unimaginable, but Pyongyang may see the opening of its first-ever McDonald's restaurant. This would become a turning point for the influx of multi-billion US investment into the economy of the DPRK.

The beginning of the "honeymoon" in relations between the two former irreconcilable enemies - the US and the DPRK - is very reminiscent of the story of reconciliation between the United States and China in 1972. Back then, successful negotiations between Richard Nixon and Mao Zedong in Beijing became possible owing to many months of Henry Kissinger's shuttle diplomacy. Zedong gave Kissinger the "green light" for the "historic" visit of the head of the White House to the capital of the Celestial Empire.

The success of Nixon's mission to Beijing was overwhelming, as the United States had been the sworn enemy of China before that. After the victory of the Chinese revolution, Washington did not recognise the People's Republic of China. In May 1957, the Pentagon deployed nuclear warheads in Taiwan, which Beijing saw as a hostile act.

Noteworthy, sport played a special role in both cases of reconciliation - between the USA and the DPRK in 2018 and between the USA and China in 1972. In 1971, American and Chinese athletes played table tennis during an international tournament in Japan, after which the PRC invited the US team to Beijing to participate in a ping-pong tournament.

The currently developing friendship between Donald Trump and Kim Jong-un would be impossible without sports competitions. In January 2018, the DPRK and South Korea agreed to march under the same flag at the 2018 Winter Olympics in Pyeongchang. The participation of DPRK athletes in this year's Olympics has thawed the ice of distrust between Pyongyang and Seoul. South Korea hurried to hand over the baton of friendship to Washington to begin behind-the-scenes negotiations between the United States and the DPRK, which eventually led to the successful meeting in Singapore.

It is also important that Nixon's successful visit to Beijing took place at the height of the Cold War between the USSR and People's Republic of China. Mao Zedong, who cut his friendship with Moscow after Khrushchev's anti-Stalin report in 1956, never forgave Moscow for "betraying the ideas of the great Stalin." The change of power in the Kremlin in 1964 did not warm the relationship, and all of Brezhnev's attempts to make friends with Mao ended in failure.

Nixon, the leader of "the imperialist America," was more successful. The USSR feared lest China should come into collusion with the United States against the Soviet Union. Today, the Kremlin has similar apprehensions about Pyongyang's further intentions. Pyongyang's quick rapprochement with Washington may disrupt the current balance of forces on the Korean Peninsula, and Trump would definitely try to set his own rules in the region.

If Pyongyang loses its ace of trumps in the form of nuclear weapons, South Korea may take every effort to shatter the DPRK economy and demand the reunification of the two Koreas.