Is Europe fed up with aggressive Islamism or is it attacking Turkish Islam in particular? Why did Austria decide to close seven mosques and expel 40 imams? Is it Islamophobia or verified actions to suppress the Islamist lobby? 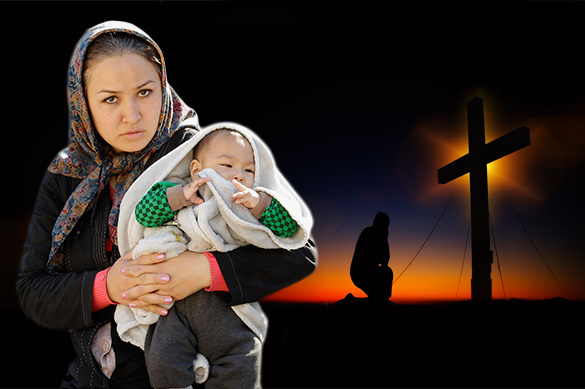 Austria will close seven mosques and expel 40 of 260 imams. Austrian Chancellor Sebastian Kurtz said on June 8 that there was no place for "parallel societies, political Islam and radicalization trends in Austria." "We are only at the very beginning of the way," Vice-Chancellor Heinz-Christian Strähe added. The mosque in Vienna is to be closed as well, as it is believe that the mosque remains under the influence of ultra-nationalists from Gray Wolves, a Turkish organization. The Salafi "Arab religious community" with six mosques has been dissolved as well.

Islam exists in Austria under the auspices of the Association "Turkish-Islamic Union of Cultural and Social Cooperation in Austria" (ATIB). The organization unites more than 60 prayer houses with more than 100,000 members. There are also Islamic kindergartens and clubs. Recently, Austria was shocked with the news about the children, who came to a kindergarten party wearing military uniforms and showing Gray Wolves hand sign (the signs represents a wolf head and is made by holding up the forefinger and little finger). The slogan of this organization is: "Let our blood be shed, but Islam will triumph."

It is worthy of note that during a large rally on March 10, 2018, Turkish President Recep Tayyip Erdogan saluted his supporters with the same hand sign.

Austria cracks down on mosques under the pretext of the violation of the law on Islam from 2015, which prohibits foreign financing of mosques and stipulates their "positive attitude towards the state and the society."

Turkey has already criticized Austria's actions. "This move is an expression of the Islamophobic, racist and discriminatory wave that passes through this country," Erdogan's spokesman Ibrahim Kalin wrote on Twitter. " "Chancellor Sebastian Kurtz showed his ugly face," the Askam newspaper wrote.

President of the Information and Analytical Center Religion and Society, Candidate of Sociological Sciences, Alexei Grishin, told Pravda.Ru that a state must show appropriate reaction to information about extremist activities.

"Europe is tired of the aggressive Islamist lobby that uses Islam in a criminal way for its political, commercial or other purposes. This is the first stage of the long process to fight Islamists in Europe," the expert said.

Gray Wolves is widely spread in Turkey, and Ankara used similar organizations abroad to promote its interests. The expert believes that Erdogan supports representatives of the Turkish community. Erdogan wants to play the role of the father of the nation. As for the Austrian chancellor, he keeps his election promises to limit migration and fight extremism. "It is impossible to conduct economic reforms in such a short period of time, but taking certain decisions to protect population is a very popular measure," Aleksei Grishin told Pravda.Ru.

Political scientist Mais Kurbanov believes that Austria is being Islamophobic. "They did not have such problems before, but they have them now, because Turkey's position and policy in Syria has changed and Europe's attitude towards Recep Erdogan has changed too," he said. "This is pure politics, and Turkish Islam has nothing to do with the Gray Wolves. Radicalism is banned in Turkey, just like Wahhabism and other terrorist movements. Yet, they are not banned in Europe, where they can operate openly and enjoy popular support. Those gunmen, who get wounded in Syria, go to Europe for treatment," the political scientist told Pravda.Ru.

According to Aleksei Grishin, other countries will follow Austria's example, because the relations between Europe and Turkey have been worsening. Europeans know that religion is an aspect of Turkey's statehood. "However, this is not the religion that calls for radicalism, murder, or terrorism - it calls for unity, tolerance, peace and tranquility," the expert told Pravda.Ru.

It is worthy of note that a recent study from the Pew Research Center said that Islam would gain the status of the world's largest religion by the end of the 21st century because Christianity is literally becoming extinct in Europe.

Eid al Adha in Moscow. No comments
19:01
Putin: EU's refusal of Russian energy resources is an economic auto-da-fé
16:56
Finnish parliament votes for country's membership in NATO
15:47
Finnish admiral suggests Russians be buried in the land of Finland, as in 1939
13:06
Moscow says Finland and Sweden's entry into NATO will 'untie' Russia's hands
12:53
Kremlin declared the United States hostile to Russia
21:11
Ukraine blows up ammonium nitrate to accuse Russia of chemical attack
19:35
German Leopard 2A4 heavy tanks spotted in Ukraine
18:42
Russian large landing ships disappear from naval base in Novorossiysk
18:00
Chechnya thanks the West for the weapons supplied to Ukraine
17:46
Ukraine can skip Membership Action Plan on its way to NATO
Hotspots and Incidents
Up to 16,000 Ukrainian soldiers entrapped in Luhansk People's Republic