Syrian Muslim and Islamic scholar Bassam Tibi developed a new version of Islam - Euro-Islam, an adapted version of Islam for refugees who want to settle in the countries of the European Union, but seem to be unable to integrate into European life because of a number of religious principles. 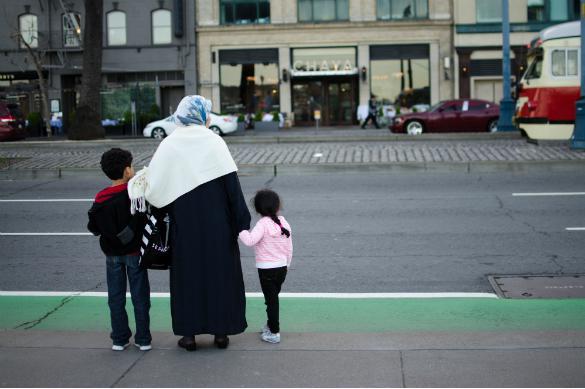 In particular, Euro-Islam proposes separating religion and politics, rejecting jihad and Sharia law, accepting democracy and tolerance, in which people of different faiths are equal, rather than subordinated to each other. Euro-Islam also envisages renunciation of superiority of Muslims over people practicing other religions.

Only an unbeliever could make such proposals which in general do not hold water, chairman of the Spiritual Administration of Muslims of the Republic of North Ossetia-Alania, Mufti Khadzhimurad Gatsalov, told Pravda.Ru.

"I believe that only a stupid and sick man could propose this," he said.

"There is no arrogance in Islam - there is tolerance in Islam instead. Islam has all the things that the Western world has been propagandizing for long already. As for the rejection of Sharia - Sharia is the basis of Islam, the legal justification of Islam, this is Islam as it is. There is no Islam without Sharia. Only a non-believer could come up with something like this. I can not give any assessment to this, because those proposals do not hold water.

"Basic principles of Islam are good for all mankind. There is no jihad in Islam in the understanding that exists in the world today. Genuine Islam does not have all the negative things that some Muslims have contributed to it.

There is mercy, kindness, perfection of the human soul. Therefore, any person who adheres to Islam, is good for any society. If a person does not adhere to it and calls themselves a Muslim, such people are a problem for any society, including for the Islamic one.

"When someone starts telling me that Europe is a territory of democracy, it sounds ridiculous to me. There is no place for religion, including Orthodoxy, in the place, where people propagate gay marriage, trample upon morality and destroy the very essence of morality.

"Those who come to Europe have a lot to work on. Many things that those people do when they come to Europe - they do not pray, but treat others in a very rude way, insult and harass women, etc. - all those things are strongly condemned in Islam.

"The problem is not about Islam. The problem is about the people, who do not understand Islam and its history. I always oppose such a thing as the war of civilizations, because all of us are children of human civilization, but different layers of this civilization have different levels of education and culture. Different cultures may confront each other, but Islam has nothing to do with it.

"If people adhered to genuine Islam and other religions, including Christianity, we would be living in peace now. Islam teaches everything that the West propagates, albeit only verbally - electivity, mutual respect, freedom, equality, brotherhood and many other things."