Unexploded Western missiles in Russia's hands: Russian air defenses to get even better

Russian military men received two unexploded cruise missiles from Syria. The missiles were found after the attack that the Western coalition conducted on Damascus on April 14. 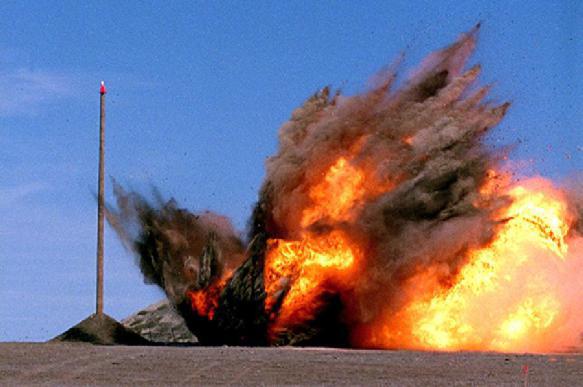 The Syrian military noted that the two missiles were in a good condition, and they were handed over to the Russian military on April 17.

The United States, Britain and France launched more than a hundred missiles on Syria on April 14 in response to the alleged chemical attack in Eastern Ghouta even though there was no evidence to prove the fact of the attack.

Political scientist Yevgeny Satanovsky believes that Russia should put as much pressure on the US as possible and suspend dialogue with the United States on the official level. This will make the Americans panic and they will finally start looking for ways to bring the relations back to normal.

"There are many of those who witnessed the provocations in Ghouta, there are many fragments of the missiles that were shot down above Syria, but Trump says that none of his missiles ere intercepted. Russia should press the Americans as much as she can - we should punch them in the fact, and it would be the right thing to do."

"We should use shock therapy to sober up the Americans. In this case, the Americans will speak about the need to resume dialogue. There is no other option," Satanovsky said.

According to the Russian Defense Ministry, Syrian air defense forces intercepted 71 of 103 missiles

Member of the expert council of the board of the Military-Industrial Commission of the Russian Federation, Viktor Murakhovsky, said that the unexploded missiles that Russian now has at its disposal will give Russian specialists an opportunity to improve domestic air defenses and electronic warfare. Some of the missiles used in the attack on Syria were not new, but some others were used for the first time. Russian specialists are particularly interested in USA's Tomahawk Block IV and JASSM-ER, as well as in new missiles used by France and the UK.

Russian air defense systems in action
20:57
Video shows moment of Salman Rushdie attack
19:16
Russia will face serious sanctions as USA will not recognise Donbass referendum
18:57
USA successfully empty European armouries having supplied all weapons to Kyiv
18:21
Chechen war veteran who now works as drag queen sings Russian anthem in a gay club
15:49
14-year-old hockey player dies as puck hits him in the chest during training
15:30
Video: Apartment building partially collapses in Omsk
19:52
10,000-strong group of the Armed Forces of Ukraine melts away inconspicuously
19:39
Strategic Culture: Russian Navy threatens NATO in nine seas at a time
17:48
Ukrainian military shell Zaporizhzhia nuclear power plant twice in one day
16:53
Man stabs friend to death as they fight about special operation in Ukraine
World
The Guardian reveals when the West will stab Ukraine in the back