Russia furious about aggression of USA and allies against Syria

Putin furious about USA's attack on Syria. Russian officials say the US-led coalition committed a terrorist act against a sovereign state, and the West will have to answer for that. 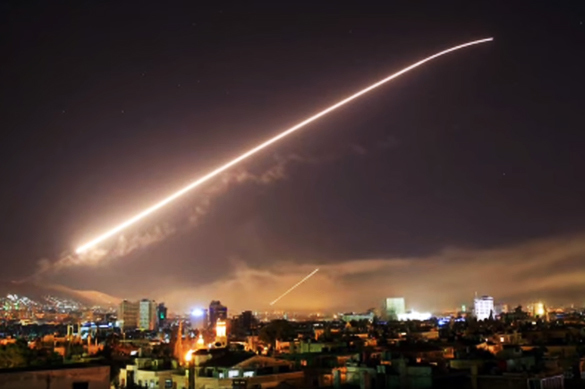 Russian President Vladimir Putin called the missile attack of the USA, France and Great Britain on Syria "an act of aggression against a sovereign state." The United States exacerbates the humanitarian disaster in Syria and indulge terrorists, Putin said. Russia convenes an emergency meeting of the UN Security Council in connection with the missile attack on Syria, the Kremlin website says.

"The current escalation of the situation around Syria shows a devastating impact on the whole system of international relations. History will put everything in its place, and it has already held  Washington responsible for the bloody massacre of Yugoslavia, Iraq and Libya," Putin said in a statement.

"Russia strongly condemns the attack on Syria, where Russian servicemen assist the legitimate government of Syria in the fight against terrorism," Putin's statement also said. "With its actions, the United States further exacerbates the humanitarian disaster in Syria and brings suffering to the civilian population, thus, in fact, indulging the terrorists, who have been tormenting the Syrian people for seven years," the Russian president said.

Putin also stressed that the missile attack was conducted "without the approval from the UN Security Council and in violation of the UN Charter, norms and principles of international law." He called the missile attack "an act of aggression against a sovereign state that remains at the forefront of the fight against terrorism."

"Again, like a year ago, when the US attacked the Shayrat airbase in Syria, a staged use of poisonous substances against the civilian population was used as a pretext for the attack. Russian military experts, having visited the place of the alleged incident in Douma, near Damascus, did not find traces of either chlorine or other poisonous substances. No local resident confirmed the fact of the chemical attack either," Putin also pointed out.

The Kremlin's statement also says that the Organization for the Prohibition of Chemical Weapons sent its experts to Syria to clarify all circumstances of the incident in Douma. "Yet, the group of Western countries disregarded that cynically and arranged a military action without waiting for the outcome of the investigation," the Russian president said.

A spokesperson for the Russian Foreign Ministry, Maria Zakharova, said that the attack of the US-led coalition on Syria would put an end on the process of negotiations about the conflict in the Syrian Arab Republic. Russia promised to prove the illegality of the attack at an urgent meeting of the UN Security Council.

"By and large, this action has sent a very powerful message to extremists and militants telling them that they have been doing everything right," Zakharova said.

According to her, the UN Security Council will soon be convened  to discuss the situation in Syria, and the Russian side intends to prove the "illegality" of the actions of the United States and other countries that joined the missile attack on Syria on April 14. "It just so happens that the countries that struck Syria support the terrorists who were behind the alleged use of chemical weapons blaming Damascus for what they did," the representative of the Russian Foreign Ministry added.

At the same time, despite the missile attack on Syria, Russia continues to maintain contact with the United States and other countries that participated in the attack, Deputy Foreign Minister Sergei Ryabkov said in an interview with the Kommersant newspaper.

"I responsibly declare that the channels of communication between military departments of various levels have been preserved and they function. The nature of the exchange of information and assessments is a separate issue. I do not think that in the current situation it would be right to go into details of what is happening, " Mr. Ryabkov said.

Ryabkov noted that it is rather difficult to refer to these contacts as "cooperation" between the two countries. He described the nature of relations between Russia and the United States as a "permanent argument." "These arguments spilled over into public space, and they are the subject of universal attention. Clearly, talking about cooperation under these conditions would be a sin against the truth," he explained.

Ryabkov added that Washington and its allies have been "moving away from the need to observe the norms of international law steadily." "They have been moving away from even from standard canons of diplomatic communication." Thus, Western countries cause damage to the whole system of international relations. The key problem at this point is the commitment of the United States and its allies to "unilateral actions," Ryabkov said.