Employees of the US Consulate General in St. Petersburg and Yekaterinburg are to leave Russia on April 5 after Russia decided to expel US diplomats in return to an earlier move that the US made in connection with the Skripal case. 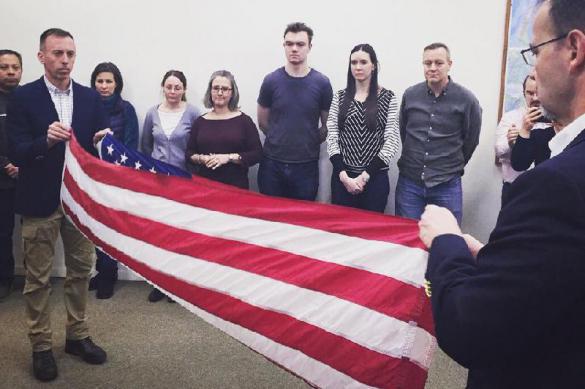 Source: Official Facebook page of US Embassy to Russia

Diplomats of 20 EU countries, as well as diplomats of Ukraine, Moldova, Albania, Norway, Australia and Canada will have to leave Russia for the same reason by April 6.

The West may continue the diplomatic and the economic war against Russia, and US officials have already warned of such an intention. For example, the UK considers closing the Russian trade mission in London, freezing Russian state assets, banning investments in Russian securities and arresting "suspicious property" of wealthy Russian individuals.

In separate cases, Russia may announce a reduction in the number of representatives of a foreign  state, as it was done in the summer of 2017. This would be the move that would trigger consequences as the opposite side would do the same. After all, someone needs to support diplomatic buildings, conduct consular work, etc. Russia cut the number of US diplomatic officers for parity, because US diplomats used to outnumber Russian diplomats in the USA.

The Americans may close the Russian consulate in Houston (Texas), or in New York.

New York is a more preferable option, because Washington (where the embassy is situated) is not very far away. If they close the Russian consulate in Houston, then Russian diplomatic officers would remain only on the East coast of the USA, without representative offices either in the inland  America or on the West Coast (the consulate in San Francisco was closed).

In the event of the termination of relations with the United States, Russia will find itself in a more profitable position, because Russia would keep the UN mission in the USA, whereas there will be no American officials left in the Russian Federation.

In addition, under the Vienna Convention of 1961-1963, the closure of an embassy does not stipulate for the termination of consular activity. Countries can still trade without diplomatic relations. For example, the official breach between Russia and Ukraine de jure does not imply the termination of contracts between Gazprom and Naftogaz. The interests of each of the companies are delegated to a third party.

To crown it all, emergency communication channels ("hot lines" and direct telephone conversations between presidents) do not depend on either the presence or absence of diplomatic relations. They function constantly.

Russia and USA take their relations to Cold War
Author`s name Dmitry Sudakov
*
14:14
Kyiv's largest thermal power plant damaged in Russia's rocket attack
19:39
Putin pays visit to Crimean Bridge two months after explosion
18:32
Russia strikes Ukraine's infrastructure facilities for 8th time
16:11
Retired US intelligence officer: Russia will win in Ukraine in summer of 2023
15:56
British mercenary: Winter cold in Ukraine came as a shock to us
15:31
Moscow responds to EU's decision to cap prices on Russian oil
14:52
As many as 2,500 dead seals found on the coast of Caspian Sea in Dagestan
14:11
Three household gas explosions occur in different parts of Russia in one day
23:35
Putin keeps his promise and presents impressive gift to China
16:30
Armed Forces of Ukraine strike transformer substation in Zaporozhye
UK and USA could be part of drone attacks on Russian military airfields