Does the West really believe it can break and destroy Russia?

In the near future, the West may crack down on Russian oligarchs. It is believed that their assets will be frozen and visas will be withdrawn. It appears that Russia's wealthiest people will finally have a reason to pay attention to their homeland. Will they start investing in domestic education, healthcare, sport and so on? 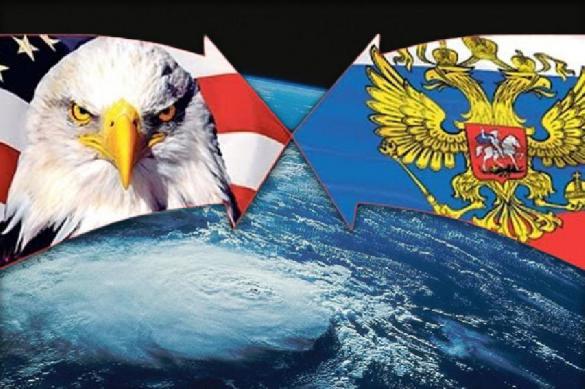 On Thursday, March 29, after Russia's mirror response to the expulsion of Russian diplomats from the United States and the closure of the consulate in Seattle, the US State Department was startled by the "victim's position" and promised new sanctions. According to Western publication, the new sanctions do not target the field of economy and finance, because such measures as Russia's disconnection from SWIFT and prohibition on the purchase of Russian state securities may strike a serious blow to the world financial system.

Russia is a member of the UN Security Council, where she has the right of veto, and hence the opportunity to block any Western initiatives. Russia is integrated into the world energy system and plays a big role in the European economy. Russia is capable of cutting off or disrupting the work of all Western means of communication. Russia may recognise the breakaway republics of the Donbass, the Transnistria, lift sanctions against the DPRK, etc., etc. Is it worthwhile bringing the matter to open military confrontation?

"He [Trump] should also sanction Russian oligarchs - freezing their assets, barring them from the global banking system, preventing their children from attending Western schools - ensuring that Mr. Putin's cronies feel America's reach and use their influence to stop his aggression," an editorial in The New York Times said.

"The United States slapped sanctions on Russian individuals and entities for U.S. election meddling and cyber attacks but put off targeting oligarchs and government officials close to President Vladimir Putin, prompting lawmakers in both parties to say President Donald Trump needs to do much more," Reuters wrote.

"Britain will punish Putin's oligarch cronies with new sanctions after spy poisoning," The Telegraph joins in. "Detailed conversations were taking place over the "next steps" after the Kremlin's "disgraceful" order that the British Council's offices in Russia, together with the UK's St Petersburg consulate, should be shut down in the wake of Britain's response to the poisoning of a former KGB spy and his daughter. " the article also says.

Interestingly, such pieces of advice were proposed by Russian opposition blogger Alexey Navalny. In an interview with ABC, Navalny said that British authorities should freeze assets and withdraw visas from oligarchs close to the Kremlin who enjoy their life in England. Mr. Navalny has a list of 20 people, with Alisher Usmanov and Igor Shuvalov on it. The goal is to create an "anti-Putin coalition" and topple the "dictator." One shall assume that oligarchs' assets will be released afterwards. One should keep in mind the fact of the frozen Libyan assets, though.

There is another opinion. Putin is unlikely to be worried about the sanctions against Russian oligarchs, as he would rather prefer they spend more money in Russia, Alexander Titov, a teacher of modern European history at the Royal University in Belfast says.

"Rhetoric coming from Western politicians such as Boris Johnson increasingly points to their belief that a regime change in Russia is the only possible resolution to the current impasse in relations. However, it's seen very differently in Russia with Putin just winning another term with a biggest ever popular vote. And, more fundamentally, it would be a mistake to reduce Russia's problem to one man in the Kremlin, rather than to appreciate wider structural factors driving Russian foreign policy such as its insecurity about NATO and the EU expansion, Russia's complex national identity and the legacy of the Soviet collapse," Titov wrote for The Irish Times.

"Can there be a sustainable long-term security in Europe in which Russia is not fully invested? How do you deal with a large neighbouring country that doesn't share Western liberal values? What implications does the rise of Western illiberal populism have for relations with Russia? Can the latter be reduced to Russian meddling in Western democracy?" the author writes adding that there are no clear answers to these questions.