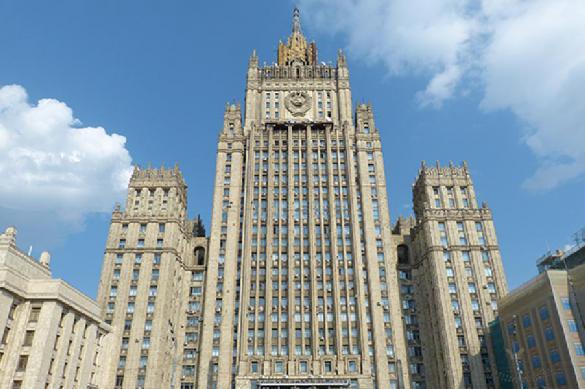 American diplomats must leave the territory of the Russian Federation before April 5. Fifty-eight employees of the US Embassy in Moscow and two employees of the Consulate General in Yekaterinburg were announced personas non grata.

"Based on the principle of reciprocity, as part of responsive measures, 58 employees of the US Embassy in Moscow and two employees of the US Consulate General in Yekaterinburg have been declared personas non grata for activities incompatible with diplomatic status. They must leave the territory of the Russian Federation before April 5," a message from the Russian Foreign Ministry said.

The list of diplomats to be expelled from Russia will be handed over to the US Embassy in Moscow.

The Russian parliament supported the decision to expel US diplomats from Russia. "The expulsion of US diplomats and the closure of their consulate office is the only possible response from Russia, and I do not think that they did not expect it in Washington. A second round of hostile actions on the part of the US is possible, such as the arrest of Russian assets, which US Ambassador Huntsman earlier admitted," member of the Council of Federation Alexei Pushkov wrote on his Twitter.

UN Secretary General Antonio Gutteresh said the relationship between Russia and the United States was close to the "cold war" situation. "I am very concerned, I think that we have come to a situation that, by and large, is close to what we experienced during the Cold War," he said.

"As I understand it, Russia plans to take the same unjustified actions against 28 other countries, countries that stood in solidarity with the UK. Russia is further isolating itself following the brazen chemical attack. We are still reviewing the details of the Russian action, but let me say, again, that we reserve the right further to any Russian retaliation against the United States," Nauert said. "There is no justification for the Russian response. Our actions were motivated purely by the attack on the United Kingdom, the attack on a British citizen and his daughter. Remember, this is a first time that a weapons-grade nerve agent, Novichok, has been used outside of war on allied soil. We have not taken these steps lightly; we've taken these steps in concert with our allies across the world," she added.

Russia will take additional countermeasures, should the US takes other hostile actions against Russian diplomatic institutions in the United States.

"In addition, Ambassador John Huntsman was told that in the event of continued hostilities against Russian diplomatic and consular agencies in the United States, additional measures will be taken against the personnel and facilities of the US embassy and consulates in Russia," a statement from the Russian Foreign Ministry said.

The US ambassador, who was summoned to the Russian Foreign Ministry, was also required to explain his statements about the possibility of arresting Russian state assets in the United States.

"The American side has been warned that the implementation of such a threat will aggravate our relations seriously, which is fraught with grave consequences for global stability," Russian officials also said.