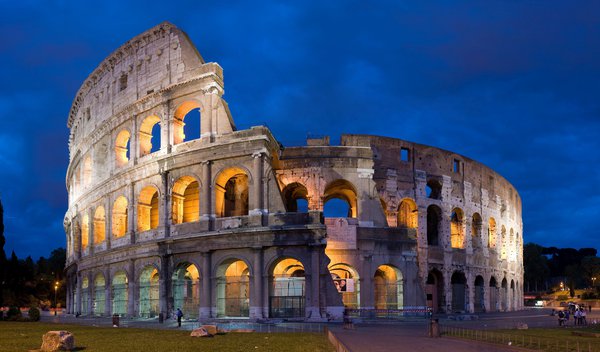 n the tension of this apparently eternal post-vote of March 4th, the characteristics of the Italian spirit began to stand out. They add up to the events of everyday life, different from the electoral contest, perhaps little precedent or little following to it, but all part of those that we could now define the Italian miseries, punctuated by the passing of the times.

Times of despair. One should not be surprised that the 5 Stars Movement has obtained 32% of the votes, but instead that there is still a 14% of Italians voting for Berlusconi's party, an 18% for Democratic Party (heir only in words of the more glorious and genuine communist left) and a low 19% that votes the Northern League of Matteo Salvini. On the political level, the traditional political parties have not recovered from the shock of the election results and are still grappling with the first two stages of the elaboration of their personal political mourning: negotiation-rejection and anger. The Italian South has voted massively 5 Stars. Rather than thinking that just from the South of Italy could start a real season of renewal (or perhaps dreading it), as if by magic, a couple of days after the election results, the news of long queues of Southern Italians behind information centers has spread on great media. All in a row to know how to get the famous "citizenship income" that would be nothing but a well-articulated unemployment benefit, a political promise of 5 Stars Movement. The mainstream media, those that Paul Craig Roberts in America calls the presstitutes of information, have relaunched the news by making it viral. But it is a false news, a fake news to say it in the neo-language prevailing today. Although there are considerable denials by some media

the news took root as it was unfortunately natural that it happened. Basically, someone has shouted urbi et orbi the idea that the 5 Stars voters of Southern Italy are all scoundrels and therefore they have voted a party out of the box because it would grant them privileges as urban plebs. Few have stopped to think about the deep offense that this lie caused to the Italian people, to all the Italian people, to its dignity, its decorum. On the contrary, this lie has spread like an established truth, with the stubborn credulity typical of people that hate themselves and want to disappear from History. The usual keyboard-lions, the inevitable word-warriors of the web, on social networks have declared the uselessness of parliamentary democracy, hoping for the return of the dictatorship. Clearly a fascist right which, among other things, would return to Rome the Olympic decor unjustly removed by its current mayor, the (wonderful for us) Mrs. Virginia Raggi. I can imagine the disappointment of Silvio Berlusconi when Matteo Salvini overtake him, but I want to believe that Salvini did not really hope to have votes in the South. After all the years in which the League has blabbered about secession from Southern Italy, seen as a ball at the foot full of mobsters and lazy and dirty people, it is hard to believe that the Southerners would have voted just for Salvini's party. Offending potential voters today is certainly not a good way to get their votes tomorrow.

Times of (in)coherence. Former Prime Minister Matteo Renzi in still in the Italian Parliament. As a senator. In that same Senate of the Republic that he had tried to abolish because he considered it useless, just with the constitutional referendum of December 2017 that the majority of Italians has, instead, rejected.

Times of confusion (and loss). Mr. Toni Iwobi [here: https://it.wikipedia.org/wiki/Toni_Iwobi ], born in Nigeria in 1955, is the first African-Italian elected in the Italian Parliament. Just in the ranks of the... Northern League of Matteo Salvini. By his own proud admission, Mr. Iwobi arrived in Italy about 40 years ago with a study visa, graduated in business administration, started a small business and has always lived legally. The leftists are confused and lost: they thought they had the exclusive rights of the migrants, but, apparently, they did not.

Times of rage. A teacher, Mrs. Lavinia Flavia Cassaro, decided to take full advantage of her constitutional right to publicly express her dissent, calling names in various ways the police officers present at a demonstration against the "fascist threat" in the pre-vote Turin. Heavy insults but also wishes of death (with a bottle of beer in hand). Here the video: https://www.youtube.com/watch?v=q_LuICzjwsg

I wonder if the American police would have behaved differently from the Italian one, but mine is, of course, a question that will never be answered.

Times of cannibals. In the happy (so to speak) Italian town of Macerata, just before the election, the poor eighteen-year-old Pamela Mastropietro was raped. Then she was killed. Then she was torn to pieces. Then some parts of her body were eaten by the killers: a small group of Nigerians, which some believe to be part of the Nigerian mafia. The dynamics of the murder, the rituality and the precision of the cuts with which the poor victim was torn to pieces, have led someone to believe that her assassins follow the Nigerian Regla de Ifa. This assassination, so close to the elections, has shaken the minds of the population very much, even if never as much as the soul of poor Pamela's mother. The Left was in difficulty, prisoner of its melting-pop dream as it is and even now it is difficult to retrieve information about the continuation of the investigation. It's hot stuff, hardboiled stuff, especially for those who live with pink unicorns on the rainbow bridge. But here comes a providential anti-hero to restore the balance: Mr. Luca Traini, in the grip of a vengeful racist rage, the day after the discovery of the pieces of poor Pamela, took his regularly authorized gun and opened fire against some African immigrants. Fortunately, he did not kill anyone. It was immediately discovered that Mr. Traini has psychic problems and is a Far Right sympathizer in the Northern League of Salvini. If one were mischievous, he would see in Traini the features of the useful solitary murderer, triggered by someone behind the scenes, but it is not the case for sure. However, a few wounded have almost obscured Pamela and her tragic end. The glamour Left was able to breathe a sigh of relief. Poor Pamela was not really an innocent girl: she had just left a community for drug addicts. She was a drugged and occasionally she sold her body to earn money. She had done it just before die, to buy a dose of drug from those who later would have raped her, killed her, torn to pieces, eaten and sacrificed to the assholes gods of a religion for assholes. Pamela did not deserve to die like that. Like all people, she deserved a different end, perhaps aged and with some nephews. In any case, now she deserves justice. And her mother deserves respect, in her pain and in her desire for justice. But even in this case, many warriors of the web have different opinions and you cannot count the insults to Mrs. Mastropietro, according to that distortion of the Italian soul by which the victim who complains about injustice becomes harassed, going against the common vulgate, here that of the "good immigrant".

I stop here because the list would be really long and depressing. Italy needs a rebirth but there is nothing like it on the horizon. Rather, one sees only a long and gloomy decline without hope.