USA wants to bury Nord Stream 2 project in Europe, but not in Germany

Washington does not stop its attempts to bury the Nord Stream-2 gas pipeline project, which is supposed to transport Russian gas to Europe bypassing Ukraine. US Secretary of State Rex Tillerson said during his recent visit to Poland that the Nord Stream 2 project represents a threat to the overall security and stability of Europe in the field of energy policy, because the project is part of Russia's plan to monopolise energy supplies. 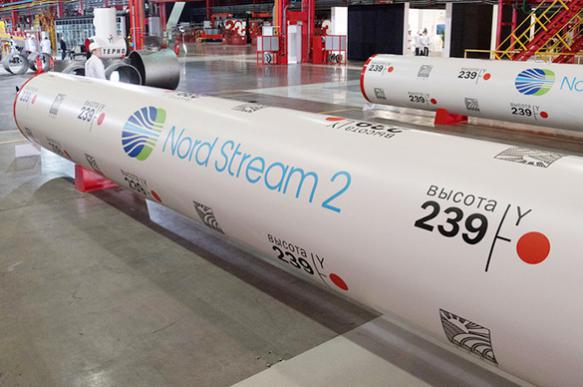 The US Secretary of State made the statement in the Polish capital, and it was not accidental. Polish Prime Minister Mateusz Moravetsky is an ardent adversary of the project. Washington's motives are also understandable: the US is striving to reduce Europe's dependence on Russian natural gas to increase exports of its liquefied gas to the countries of the Old World.

Recently, however, ten countries in the EU Council advocated the adoption of a directive that could block the construction of the Russian gas pipeline. It goes about the Baltic States and a few countries in Eastern Europe. Ukraine fears the Russian project, because, if implemented, it will deprive Ukraine of ten percent of its budget.

Denmark has recently joined the ranks of Nord Stream-2 adversaries as well. The parliament of Denmark has recently passed a law that allows the government to prohibit the construction of the gas pipeline via its territorial waters. This means that the route of the pipeline will perhaps have to be changed. Such a turn of events does not scare operators as they have an alternative. Belgium, Austria, Holland and Germany support the construction of the gas pipeline.

Germany remains Europe's main lobbyist of the project. Germany's position on the matter may play the decisive role in the fate of the project, because Germany is the driving force of the European development. The problem, however, is about the ongoing political crisis in Germany. The leaders of the CDU/CSU bloc Angela Merkel and Horst Seehofer have not been able to find common denominator with SPD Chairman Martin Schultz on the establishment of the ruling coalition. Strangely enough, the future of the coalition depends on the fate of the Nord Stream-2.

Before the recent parliamentary elections in Germany, Angela Merkel could single-handedly approve the project. However, after the coalition is created, she will have to reckon with the opinion of the SPD leadership. Martin Schulz does not show much enthusiasm for the project. Moreover, two large German environmental organisations have recently urged the German authorities to stop the construction of the gas pipeline. Environmentalists claim that Nord Stream 2 threatens the ecological system of the Baltic Sea - they intend to go to court to ban the project.

In July 2017, US Congress approved sanctions against the Russian Federation, making it difficult to finance the construction of Russian pipelines in European countries. Nevertheless, four European project participants intend to continue to participate in the 9.5-billion-dollar project.