Not that long ago, Turkish President Recep Tayyip Erdogan confirmed the signing of the contract with Russia for the acquisition of state-of-the-art S-400 Triumf air defence missile system produced by Almaz-Antey Concern. According to Bloomberg, the total amount of the contract between Russia and Turkey may reach about 2.5 billion dollars at a price of 500 million dollars for one division of S-400 systems. 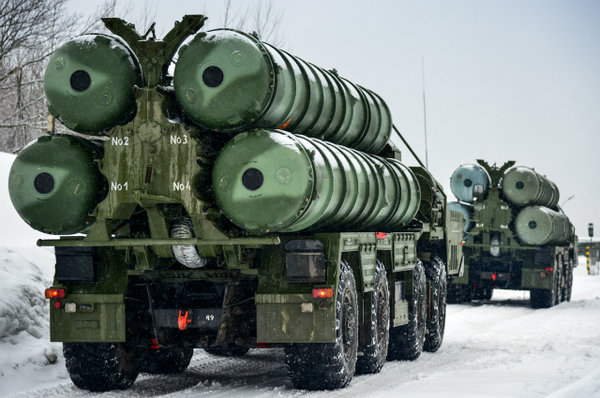 The decision of the Turkish president and the signing of the contract with Russia infuriated  Washington. The USA had taken every effort to talk Turkey out of the deal with Russia, although to no avail.

Turkey opts for S-400 instead of Patriot

Instead of US-made Patriot missile system, Turkey opted for Russia's S-400. On September 15, US Senator Ben Cardin offered to impose sanctions on Turkey up to its possible expulsion from NATO because of the contract with Russia. The senator even made an official request to the US Secretary of State Rex Tillerson and Secretary of the Treasury Steven Mnuchin.

Pentagon officials warned the Turks from making an incautious technical step by saying that the electronic equipment of the Russian S-400 Triumf system would unlikely use the coding technology of NATO countries. This raises the need for interface programmes.

Of course, Erdogan's decision to purchase S-400 from Russia is largely based on political motives. After he nearly lost his power (and possibly life) during attempted coup in Turkey on July 15-16, Erdogan sees the hand of Washington in everything. The Turkish leader has certain reasons for this: Erdogan's main political opponent Fethullah Gulen lives in the US State of Pennsylvania, from where he governs his supporters in Turkey. A year ago, the military junta intended to displace Recep Erdogan to, perhaps, invite his prime enemy Gulen to come to power in Turkey. Undoubtedly, Washington was at least aware of those plans, but did not share them with the Turkish president.

Having strengthened his power and received certain support from the Kremlin, Erdogan started running a tougher military-political policy. In August 2016, he made Washington remove B-61 atomic bombs from Injirlik airbase (the bombs were moved to Romania). Erdogan also stopped providing military support for the Turkmen living in north-western Syria and took custody over Turkish extremist Alparslan Celik, who was involved in the killing of the pilot of the Russian Su-24M fighter jet shot down over Syria on November 24, 2015.

Erdogan turns his back on Washington, turns to Moscow

It seems that the possible transaction for the acquisition of S-400 Triumf systems fits into Erdogan's new policy line. Washington understands the motives of the Turkish leader and does not seek to aggravate relations with him, which will inevitably contribute to Turkey's further rapprochement with Russia.

With all undoubted merits of the Russian anti-aircraft missile system, the contract per se is based not only on military considerations. The S-400 surface-to-air missile system has no analogues in the world. The system uses six missiles of various types and is capable of striking any flying target - from a reconnaissance aircraft to an unmanned aerial vehicle. At the same time, it would not be entirely correct to compare tactical and technical characteristics of this weapon with the American analog.

The American complex was developed as far back as in 1963 and has undergone profound modernisation twice ever since with the last one in 1996.

Of course, it would be incorrect to refer to the US Patriot missile system as an outdated complex as it can be compared with a previous generation of Russia's anti-aircraft systems - S-300PMU1. When Russia entered into a contract with Iran to supply S-300 in 2015, Washington started expressing protests against the deal accusing Russia of spreading high defence technologies in the zone of a possible military conflict.

The S-400 works equally well in 360 degrees of activity area. Its phased array radar antenna with Elbrus-90 computer ensures the detection range of up to 600 kilometres. The system can simultaneously escort up to 165 targets (125 targets for Patriot system). The cover zone of the S-400 reaches orbital heights of 56 kilometres (25 kilometres for Patriot).  Air Power Australia admitted in 2009 that Russia's S-400 had no analogues in its class of weapons. However, what if Turkey acquires the Russian systems for NATO to study them?