Russian President Vladimir Putin said that the "recovery period" between Russia and Turkey has finished, and the countries return "to a normal partnership of interaction." This is a very good signal, which means that Moscow and Ankara trust each other again. In a war of "all against all" raging in the Middle East, such a statement means a lot. 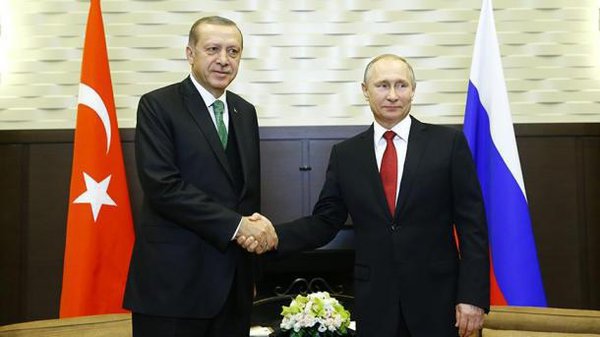 The experience of recent years shows that the main shortcoming of the current system of international relations is the shortage of confidence. This was probably what Russian Foreign Minister Sergei Lavrov had in mind when he said that there were "no rules" in world politics now.

Russia and Turkey have fully experienced this lack of trust and rules. In November 2015, the Turks shot down a Russian combat aircraft. Turkey's stab in the back seemed to have completely destroyed the prospects for cooperation between our countries and put them on the brink of frank enmity.

However, Moscow and Ankara have found the strength to rescue the situation. Presidents Putin and Erdogan started an intensive dialogue; they have two meetings over the recent couple of months. As a result, President Vladimir Putin stated that Turkey and Russia succeeded in normalising bilateral relations.

What does the statement mean?

It appears that Moscow has fully recognised the results of political changes that have taken place in Turkey in recent months. Preventing the coup attempt, holding the referendum on the constitutional reform - all those events caused raised concern in the West. Turkish President Erdogan did not hide his disappointment with the position of his country's allies in NATO.

Against this background, Russia's position looks absolutely safe, as Russia refuses to teach the Turks on how to live and what laws to pass. For Russia, the rule of non-interference in other countries' affairs is absolutely natural. For Turkey, this rule has proved that Turkey can rely on Moscow.

Secondly, Moscow is ready to work constructively to ensure Turkey's security interests in the context of the Syrian conflict. It was Moscow that initiated the trilateral format of negotiations between the countries that can contribute to ending violence in Syria, and Turkey, along with Russia and Iran, plays an important role in the process.

Finally, President Erdogan openly expressed his concerns for the future, clearly hoping for Russia's understanding at this point. Russia does not seek unilateral advantages. On the contrary, Russia proceeds from the need to take into account actual needs and interests of Syria's neighbouring states.

We should mention progress in the talks on the supply of Russian S-400 air defence systems to Turkey. If they are brought to a logical conclusion, Ankara will obtain reliable defence, which is very useful under the conditions of the Middle East region.

Economy and trade is another direction, in which Russia and Turkey have reached progress. President Putin announced that Russia has lifted all restrictions on trade with Turkey. For his part, President Erdogan reaffirmed his commitment to continue working on the Turkish Stream project and the construction of a nuclear power plant.

Does this all mean absolute harmony in the Russian-Turkish relations? Of course not. In spite of everything, the two countries still share differences in their approach to the solution of the Syrian crisis. Issues related to restoring trade relations have not been settled yet. Travel restrictions for Russian tourists still remain in force.

However, Russia and Turkey have been able to achieve the most important thing: mutual trust and readiness to act quickly and effectively where there is a coincidence of interests. It's no accident that President Erdogan said that the effect from his talks with Putin will be visible "in a few days."