Israel will do everything possible to prevent the creation of a Shiite corridor between Iran and Syria, Israeli Defence Minister Avigdor Lieberman said. To give some weight to the warning, Israel struck a powerful missile blow on positions of the Syrian army in the vicinity of the city of Masyaf in the province of Hama. 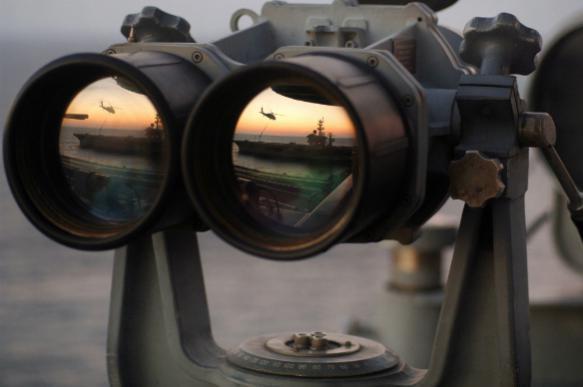 The Wall Street Journal wrote soon afterwards that Israel and Iran would get the US involved in a new war in the Middle East as a result of the Israeli missile attack.

It's hard not to agree with the opinion of the authoritative American newspaper. Before the outbreak of the civil war in Syria in 2011, Iran could not pose a direct threat to the borders of Israel, as it had neither common border with the Jewish State, nor access to the Mediterranean Sea. In the autumn  of 2017 - six years after the outbreak of the civil war - the balance of forces in the region began to change, not in Israel's favour.

Iran is a participant of the Astana peace process along with Russia and Turkey. It also acts as a guarantor of stability in de-escalation zones in Syria. According to Tel Aviv, the guards of the Iranian revolution, having received a carte blanche from Russia to strengthen their positions in Syria, began to rapidly approach the borders of Israel with the help of Hezbollah groups, from where they will have a possibility to shell the territory of Israel.

Iranian troops intend to develop their success. According to Israeli intelligence, they will continue to advance on the territory of Syria to open a corridor to the Mediterranean. If this ambitious plan is implemented, an Iranian naval base may appear in the Syrian port of Tartus.

In this case, the Israeli port of Haifa will find itself in the line of a direct military attack. The port houses Israel's main naval base, 3rd and 7th flotillas, as well as the 914th division of patrol boats. Thus, Tel Aviv may not resist the temptation to start a war with Tehran, because the Jewish State possesses nuclear weapons, and Iran does not. The implementation of this scenario, according to CIA analysts, may lead to an outbreak of a large-scale war in the Middle East, which may involve the United States of America.

However, Tehran does not fear such a prospect. Chief of the Iranian General Staff, Major-General Mohammad Hossein Bagheri, said a year ago: "Iran's naval forces may need bases in Syria and Yemen." He added that "the Iranian Navy should be present in the Indian Ocean and in the Mediterranean, just as in the Gulf of Oman."

As we can see, Iran's strategic plans extend far beyond the Syrian port of Tartus. Should Shiite Houthis win in Yemen with Tehran's support, the Iranian Navy can secure access to the Red Sea, the Gulf of Aden and the Arabian Sea. Saudi Arabia's nightmare would then come true, and Iranian military ships will enter the Yemeni backyard.

In addition, Iran expects to become a military ally of Iraq, whose defence minister has recently visited Tehran, although US masters of the puppet Baghdad regime strongly advised cancelling the visit.

However, the above-mentioned geopolitical plans of Iran are only a project, and the US, having rendered huge military assistance to Israel and Saudi Arabia, its closest allies in the region, will not let them become real.

For the time being, Tel Aviv panics about the "creeping Iranian aggression" near its borders. "Israel will do everything possible to prevent the creation of a Shiite corridor between Iran and Syria, Israeli Defence Minister Avigdor Lieberman said on September 8.

The day before, the Israeli army carried out a powerful missile attack on positions of the Syrian army in the vicinity of the city of Masyaf in the province of Hama. CERS research centre for the development of missile, chemical and biological weapons was damaged, two servicemen were killed.

According to Haaretz, the attack marked Tel Aviv's first military operation against Syria since July 9, when the truce agreed by presidents Trump and Putin began. Prior to that, Israel attacked targets in Syria at least five times in response to the shelling of the Golan Heights.

The stakes in the dangerous geopolitical game of Israel and Iran are too high. The further development of events will depend on the position of Russia. One shall assume that Russia benefits from Iran's expanding influence throughout the Middle East: together they created a military-political axis back in 2011, in the beginning of the civil war in Syria.

Next year, Iran will join the Shanghai Cooperation Organisation, and its "security umbrella" will shield it from Israel's nuclear missiles. According to Moscow, Iran's "advance" in the Middle East will mean the failure of Washington's attempts to reign supreme over a vast territory from the Mediterranean to the Persian Gulf.