Iran tries to sit between two chairs to spite Israel

The countries of the Eurasian Economic Union (EEU) plan to conclude an agreement about the creation of a free trade zone with Iran by the end of this year, Deputy Minister of Economic Development of Russia Alexei Gruzdev stated on June 28. According to him, the parties currently coordinate the list of commodity items, for which special terms of trade will be in effect. 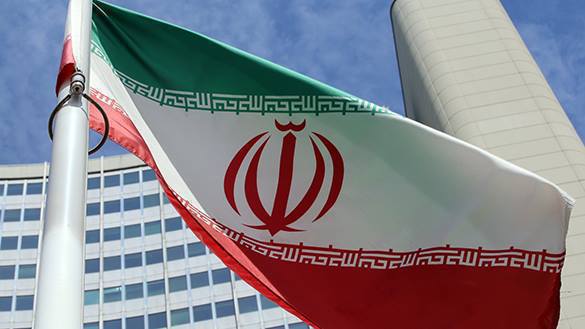 "At the first stage, the list will contain 200-300 positions embracing interests of Iran and the Eurasian Economic Union, while Iran's main interests on the list focus on agriculture and certain positions in machine building," said Alexei Gruzdev.

Thus, if the agreement with Tehran is signed, five EEU member countries - Russia, Armenia, Kyrgyzstan, Belarus and Kazakhstan - will in fact be able to create a joint economic field on vast geopolitical space stretching from the Black Sea to the Persian Gulf. Armenia will be able to gain  special advantage from the agreement with Iran: Armenia has no common border with Russia, but it has a direct access to Iran, with which it maintains close economic ties.

While Armenia is being subjected to traffic blockade by Azerbaijan and Turkey against the backdrop of the Nagorno Karabakh crisis, it is Iran that plays the role of the only strategically important corridor for Armenia to access the international market through the ports of the Persian Gulf. In turn, Tehran expects to secure access to the vast market of the EEU with Armenia's help. Iran's trade with all EEU countries has been growing steadily. In particular, the volume of mutual trade between Iran and Russia in 2016 increased by 67% compared to 2015. Kazakhstan also intensifies cooperation with Tehran. In April 2016, during the visit of Kazakhstan President  Nursultan Nazarbayev to Tehran, the parties signed 66 agreements worth the total of $2 billion.

Presently, EEU countries and Iran discuss the route of a large North-South railway corridor. The project is to become a part of the historical gateway from the Black Sea to the Persian Gulf. However, Armenia believes that Iran is trying to sit between two chairs. On the one hand, Iran (at least verbally) does not refuse from the idea to build a railway between Tabriz (administrative center of Iranian Azerbaijan) and Yerevan (the capital of Armenia). However, the project has not moved into a practical field due to its high cost. The volume of investment in the project is estimated at 3.2 billion dollars, and there are no sources of funding in sight. For the time being, cargo transportations from Iran to Armenia are carried out in a traditional, automotive way.

At the same time, to Armenia's great irritation, Iran has recently concluded an agreement to continue the construction of a transport artery with Azerbaijan (Astara (Iran) - Astara (Azerbaijan). On sidelines of the summit in Baku in August 2016, Azerbaijani and Iranian Presidents Ilham Aliyev and Hasan Roukhani agreed to build a transport corridor that will connect Gulf countries with Russia and the European Union. The parties came to the conclusion that the construction of a 172-km-long corridor from the Iranian city of Rasht to the Azerbaijani city of Astara would make it possible to open a direct railway communication from the Persian Gulf to the CIS countries and Europe. The North-South corridor will be 7,200 kilometers long in total.

Baku is full of optimism. Azerbaijan hopes that the transport corridor from the Black Sea to the Persian Gulf will go via the territory of Azerbaijan. The head of Iranian Railways, Mohsen Pour Seyed Aghaei, said that the construction of the railway from Iranian Resht to Azeri Astara would be complete in 2019. According to him, these transport arteries will become part of the North-South railway corridor, while the project requires the funding of 1.5 billion dollars.

Armenia remains extremely concerned about Iran's growing cooperation with Azerbaijan in the transport sector. Armenia is left to wonder why Tehran actively implements joint projects with Azerbaijan while dragging out discussions of the railway corridor project via Armenia.

As we can see, Iran continues playing a double game, maneuvering between Azerbaijan and Armenia in the implementation of the transport corridor from the Black Sea to the Persian Gulf. The strategic interest of Tehran is to attract Azerbaijan in orbit of its influence through joint transport projects not to let Israel win Azerbaijan over to its side.

Israeli Prime Minister Benjamin Netanyahu visited Azerbaijan in December 2016. Netanyahu made a few statements about strategic partnership with Azerbaijan. After his visit, Azerbaijan had to make excuses to Iran to ensure the latter that its relations with Israel would not develop to the detriment of "friendly relations" between Azerbaijan and Iran. It is worthy of note that Iran is home to the 30-million-strong Azerbaijani community.