The monster is already inside America

Officials with the US State Department believe that Moscow and Washington should find areas of cooperation. "We are two nuclear superpowers. I think many folks around the world agree that the United States and Russia should be able to work together in areas of mutual cooperation," spokesperson for the department Heather Nauert said, commenting on the recent statement from Russian PM Medvedev about the trade war. According to Nauert, the search for cooperation is necessary to "improve bilateral interaction" between Russia and the United States. As an example, the official referred to joint actions of Moscow and Washington to achieve a truce in Syria. Members of the Russian Parliament, the State Duma, and senators of the Federation Council also believe that Russia is ready to cooperate with the United States. 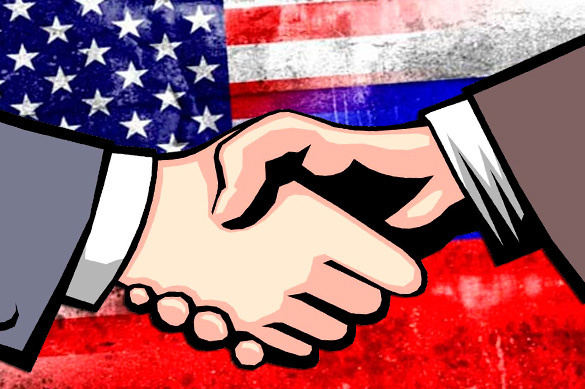 Elena Ponomareva, Russian political scientist, historian, publicist, doctor of political sciences, professor of MGIMO, president of the International Institute for the Development of Scientific Cooperation, talked about the current state of affairs in the US-Russian relations in an exclusive interview with Pravda.Ru.

"Where, in what areas should Russia interact with the US, despite sanctions?"

"When you listen to what some American officials say, you can not but marvel at their sagacity. For all sensible people, not to mention those who are professionally engaged in politics, it is obvious that the interaction between such leading players as Russia and the United States is necessary and inevitable. Russia and the United States will cooperate no matter what difficulties may accompany this interaction.

"After the Great October Socialist Revolution, the centenary of which we celebrate this autumn, the United States stopped diplomatic contacts and blocked all economic relations with our country. During the 1930s, the United States recognized Soviet Russia on a diplomatic level again, although it did not prevent the development of cultural and human relations between our countries. We know that writers and engineers would come to visit Russia, but the form of cooperation was limited. Now we can see history repeating itself. If we look at our cooperation objectively, we can see that joint agreements would often be observed unilaterally.

"We perfectly understand that the USA, in the face of bankers and financiers, were among those who orchestrated and fuelled the Second World War, and then other Americans together with Russians participated in the defeat of fascism. After the victory, the Cold War came - again owing to efforts of Western colleagues. During the euphoria of the 1990s, Russia realised that it overestimated the United States. Suffice it to recall Mr. Bakatin, the head of the KGB, who handed over all the "wiretapping" to the Americans. Still, Russia cooperated with the US on most serious issues, even under worst conditions.

"The greatest priority today is the prevention of a nuclear war, non-admission of the nuclear arms race, the maintenance of the nonproliferation regime, the struggle against the deployment of nuclear arms in outer space and the prevention of the testing of weapons of mass destruction in space. Russia and the USA can cooperate in the struggle against international terrorism. However, in all fairness, one has to acknowledge that it was our Western partners, who contributed most to the development of the phenomenon of international terrorism. The States has supported international terrorists not only financially, but also politically. The Americans do not learn from history: first they nurtured Hitler's fascism, now they have raised a new monster - terrorism, and now they demonstrate readiness to struggle against it. However, the monster is already inside them - and inside many other countries. Of course, this is a serious global threat, which is not easy to eliminate.

"Another important area that requires cooperation is cybersecurity. The States blamed everything on Russia in connection with various cyber attacks that we have seen so far. Every controversy hides serious problems that certain forces try to veil from the public attention. Cyberattacks affect  national companies, the global financial system, control over weapons of mass destruction, nuclear munitions, the world information system. From this point of view, alleged interference in presidential elections pales in comparison.