Will Russian army base return to Cuba?

The Donald Trump administration is experiencing a crisis in relations with Cuba. Not that long ago, speaking in Miami, a home to many Cubans, the 45th US President announced his intention to cancel Barack Obama's decision to normalize relations with Cuba. 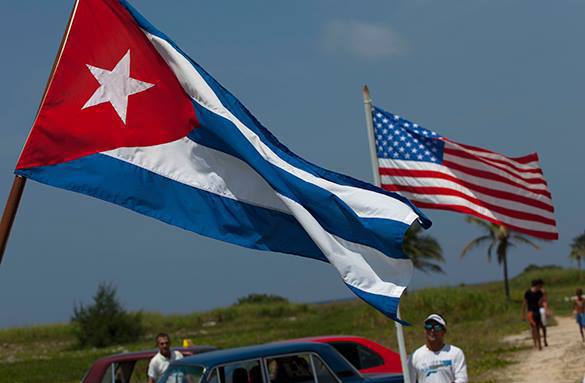 The statement from the head of the White House made it clear: Washington intends to tighten sanctions against Cuba again, seeking a regime change on the island nation by holding free elections on a multi-party basis. What will be the answer from the 86-year-old Cuban leader Raul Castro? Will Havana decide to resume negotiations with Moscow on the deployment of a Russian army base and a radar station on the island? Pravda.Ru observers Aydin Mehdiyev and Said Gafurov tried to answer these questions.

"Raul Castro turned 86 in June. This is a respectable age, when one thinks about a successor and writing memoirs.  In Cuba, there is no formal solution to the problem of generation change. He is convinced Cuba will not see any changes while he is alive, and this is the main problem. Yet, when he goes, serious changes will be inevitable not only because there is a deplorable situation in Cuba. Changes in the country will occur because all conditions for an economic reform are ready.  In today's Cuba, people live better than most of the indigenous peoples of the Caribbean basin. The currency system is stable. Cuba currently shares the wait-and-see attitude, emphatically ignoring Washington."

"Raúl Castro is a wonderful person, but he is a military man, and he needs to protect Cuba from the invasion, he does not care about the much needed economic reform, he faces other important objectives."

"What does Trump want? After all, he understands that the States have not been able to break Cuba since the time of Kennedy."

"Trump does not care much about Cuba. His prime goal is to do something against China. Cuba, Syria, Europe, etc are among petty problems for his administration. In the fall of this year, two Russian MPs suggested rebuilding a radar station in Cuba. Russia had had a base in Cuba before, but everything was wrapped up during Yeltsin's presidency. Does Russia indeed need to rebuild military infrastructure in Cuba?"

"Russia is not a militarized state. For Russia, the question is not about whether a radar station is needed or not. For Russia, the question about the cost is most vital. Does Russia need to build a station there or do we need to build more fighter jets and bombers instead? If this is too expensive, Russia should better do what Putin says, and he says that Russia has a response to NATO's military buildup near Russian borders."

"Why doesn't Russia have an army base in Latin America?"

"This is too expensive. Russia is not preparing for a war with America. Yet, Russia's strategic forces should be deployed in a way not to let the Americans attack Russia first."