Russia to return to Cuba and Vietnam 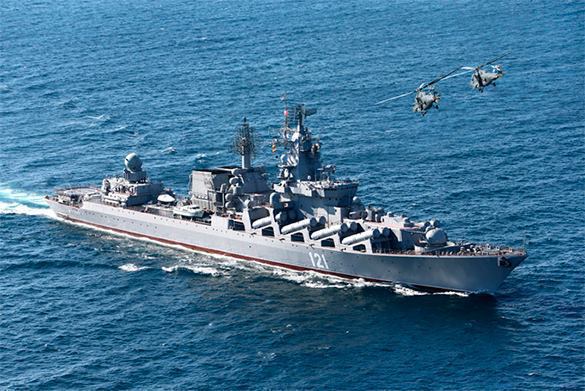 In connection with recent changes in the international situation, states have to take measures based on their own interests, Peskov said, RIA Novosti reports.

"The international situation is not static, it is quite mobile. You can see what the last two years have changed in international affairs and in the regime of international security. Of course, all countries, in accordance with their national interests, evaluate these changes and take certain measures as they see fit," Peskov told reporters.

As for the presence of Russian military men in Cuba, Peskov said that this question should be addressed to the Defense Ministry.

Earlier on Friday, deputy head of the Russian Defense Ministry Nikolai Pankov admitted the possibility for Russian army bases to return to Cuba and Vietnam. Pankov spoke about it when answering questions from reporters in the State Duma. "We work on this, we see the problem," the official said.

Earlier, Russian Defense Minister Sergei Shoigu said that Russia had plans to develop its army  bases abroad, particularly in Kyrgyzstan, Tajikistan and Armenia. At the same time, President Vladimir Putin said in the summer of 2014 said that Moscow had no plans to retrieve its military presence in Cuba.

In the spring of this year, Communist Party members Valery Rashkin and Sergei Obukhov sent an appeal to President Putin, as well as Ministers for Defense and Foreign Affairs with a proposal to renew the work of the Lourdes SIGINT Station (Signal Intelligence) in Cuba and deploy Russian missile complexes on the island. In their appeal, the MPs referred to the plans of the United States  to deploy missile systems in south-east Turkey.

The Cuban Lourdes SIGINT Station (near Havana) served as the main Soviet and then Russian center of electronic intelligence. In Vietnam, Russia's 17th Operational Squadron was stationed on Cam Ranh base, giving Russia a possibility to control the southern area of the Pacific Ocean and the entire Indian Ocean.

In 2001, Vladimir Putin announced the liquidation of bases in Cuba and Vietnam. However, in 2014,  after the aggravation of US-Russian relations, the negotiations on the possibility to retrieve the Russian base in Lourdes, Cuba, resumed. In the summer of 2014, the Kommersant reported that Moscow and Havana achieved an agreement about the return of the Russian military men to Cuba.

At about the same time - in 2013 - Russia and Vietnam signed an agreement to establish a joint base to provide technical maintenance to submarines in Cam Ranh. A year later, Russia and Vietnam signed another agreement about the regulations for Russian warships to use the base in a simplified manner. Since 2014, the Vietnamese base has been servicing Russian IL-78 aircraft that provide aerial refueling for Tu-95MS bombers.