A representative of Iran's top political leadership called the Hezbollah group an ally of Russia. In the current situation, such a statement may cause harm to Moscow by creating grounds for more accusations against Russia. 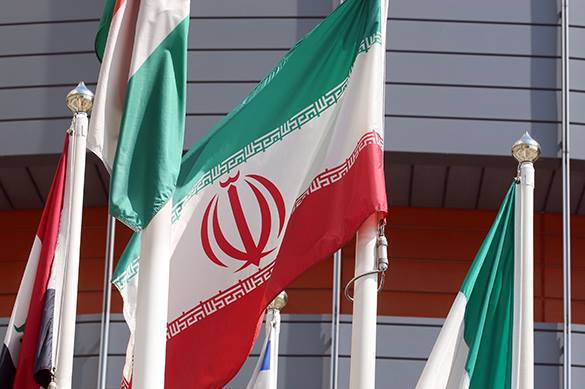 The symbolic statement came from the mouth of Ali Shamkhani, the head of the Supreme Security Council of the Islamic Republic of Iran. He spoke about the beginning of a new era of mutual relations between Iran and Russia that started two years ago.

No doubt, the relationship between Russia and Iran has entered a fundamentally new level since the beginning of the Russian military operation in Syria. Russia and Iran have de facto become allies, because Tehran had started supporting Damascus earlier. Russia and Iran share common goals: victory over terrorist groups in Syria, prevention of territorial division of the country and illegal overthrow of power.

At the same time, there is no official document evidencing the creation of the Russian-Iranian alliance, nor is there a multilateral document about the alliance of Moscow, Tehran and Damascus. What we see today in practice is nothing but coordinated work that deals with the solution of specific urgent problems. The alliance may eventually emerge as a result of this work. Yet, Russia and Iran are not allies officially. Not yet.

Nevertheless, Mr. Shamkhani, developing his idea of the new era of relations, said: "The alliance of Iran, Russia, Syria, Iraq and the Hezbollah movement can change the balance of power in the region."

One may assume that Mr. Shamkhani used the term "alliance" in a sense broader than "formally allied relations enshrined in a legally binding treaty." One may also assume that the real meaning of the statement from the high-ranking Iranian official was lost in translation.

Still, the question remains: why on earth did Ali Shamkhani mention Iraq and Hezbollah when speaking about Russia?

Russia does not have any agreements with the government of Iraq, similar to those that exist between the governments of Russia and Syria. Additionally, Moscow has never given anyone reasons to believe that Russia is ready to act in Iraq similarly to how the country acts in Syria. In a nutshell, Russia is not going to send its aircraft to Iraqi airspace.

Iran conducts military operations both in Syria and Iraq. Iran has a right for it as long as there are official agreements on the matter between the legitimate governments of the two Arab countries. It does not mean, however, that Russia, by working together with Iran in Syria, shall automatically be considered an ally of the Islamic Republic of Iran in Iraq or an ally of Iraq. Moscow does not have any allied agreements with Baghdad.

Shamkhani's thesis about the "alliance" of Russia with the Hezbollah movement is even more strange and even provocative.

Hezbollah is a military-political organisation created in Lebanon with the direct support of Tehran. It unites main forces of Lebanese Shiites. Without going into details of the history of this movement, one should mention the fact that Hezbollah is recognised a terrorist organisation in a number of states, particularly in Israel, the US and in a number of European and Arab countries.

Not that long ago, Donald Trump called Hezbollah one of the four terrorist organisations, the struggle against which is a priority for America and should be a priority for its allies. In addition to Hezbollah, the list includes ISIL, al-Qaeda, (banned in Russia) as well as Hamas.

It should be noted that neither Hezbollah nor Hamas are recognised as terrorist organisations in Russia. Yet, this does not serve as a reason to assert that Moscow has an alliance with one of them.

The scope of Hezbollah's influence spreads outside Lebanon. The movement takes part in the war in Syria on the side of Bashar al-Assad. It also operates in Yemen on the side of the opposition forces supported by Iran.

Yet, Russia should not and will not associate itself with this or any other group, no matter how influential it may be.

Thus, the statement from the Iranian official has caused damage to Russia's image and interests. True allies do not act like that.