Bahrain, Saudi Arabia, Egypt, the United Arab Emirates, then Yemen and Libya have announced a decision to terminate diplomatic relations with Qatar. As it was said, the reason for the move was Qatar's support for Al-Qaeda and the Islamic State terrorist organizations (both are banned in Russia). 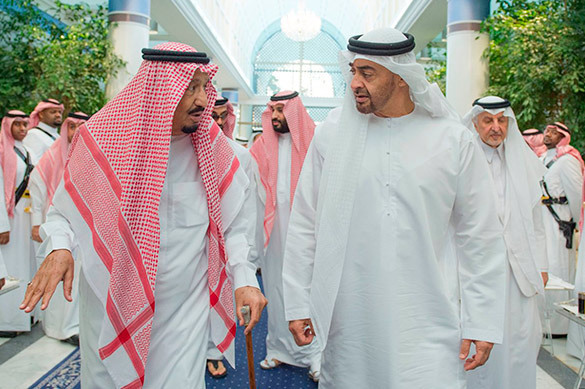 Egyptian officials said that the decision of the authorities to break off relations with Qatar was made after Egypt failed to persuade Doha to refuse from the support for the Muslim Brotherhood organization (banned in Russia as well). Representatives for the Yemeni authorities said that the relations with Qatar were terminated after it became clear that Qatar had ties with the groups that conducted a coup in the country.

On Monday morning, it became known that the UAE and Bahrain gave Qatari diplomats 48 hours to leave the country.

Later, representatives for the diplomatic mission of Qatar said that they regretted the decisions made and considered them as "unjustified measures based on unfounded allegations."

Pravda.Ru requested a commentary on the subject from Boris Dolgov, senior researcher at the Center for Arab and Islamic Studies of the Institute of Oriental Studies of the Russian Academy of Sciences, candidate of historical sciences.

"How is the rupture of diplomatic relations between a number of Arab states and Qatar going to affect the political situation in the region?"

"First of all, it must be said that disagreements, even confrontations between Qatar and Saudi Arabia, have existed before for a long time. These are Islamic ideological differences, because Qatar supports the Muslim Brotherhood, and Saudi Arabia adheres to the Wahhabi ideology in its interpretation of Islamic dogma.

"This is an old conflict that has now aggravated. I do not think that it will dramatically change the state of affairs in the Middle East, because these contradictions have existed before. Nothing is going to change considerably in the military situation in the Middle East either. Saudi Arabia announced that it would stop Qatar's actions in its military coalition against Yemeni Houthis. In general, however, Qatar's participation in those military operations was not serious at all. This will affect Qatar's covert financing of Islamist groups of the Muslim Brotherhood, and Saudi Arabia's support for other similar groups.

"Diplomatically, the decision to break off diplomatic ties is very important, given the fact that Qatar is a member of the Council of Cooperation of the Arab States of the Persian Gulf. This will have a very significant economic and political influence."