If Qatar, Turkey and Saudi Arabia step into the Syrian conflict on the side of the Islamic State, this may trigger Third World War. 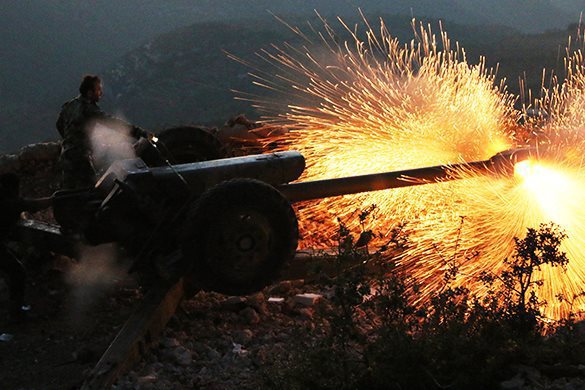 Earlier, Qatari Foreign Affairs Minister, Khalid al-Attiyah, stated that his country could decide to start intervention in Syria. Qatar actively supports the militants opposing Syrian President Assad. It goes about such groups such Jabhat an Nusra, the Islamic State, Al Qaeda and Taliban.

Also read: Are we on the brink of World War Three?

Representatives of Turkey and Saudi Arabia have also expressed an intention to get involved in the Syrian conflict. The Russian, Syrian and Iranian military have made considerable progress in the struggle against the Islamic State. As a result of the operation, five towns in the south-western suburbs of Aleppo have been liberated so far. The goal of the coalition is to remove terrorists from the cities of Aleppo, Hama and Latakia province. In this case, the chain, through which the Islamic State receives supplies via the Turkish border, will be broken.

However, should Riyadh, Doha and Ankara provide military support to the Islamic State, the war may last a lot longer. Therefore, it is vital for the Russian Federation to use diplomatic channels to try to convince these countries to stop supporting the Islamic State, military analyst, Lt. Gen. Yuri Netkachev believes.