Isolating Russia at the UN: Remarks from political imbeciles

According to the White House, Russia's further isolation at the UN is one of the achievements of the Trump administration. The official document states that President Trump stood up against the countries that were a threat to the national security of the United States after years of unsuccessful diplomacy. Donald Trump has allegedly  succeeded in the isolation of Russia by means of successful cooperation with Chinese President Xi Jinping, the message also says. A sharp reduction in illegal migration, the introduction of sanctions against Iraq and Syria were also named among Trump's achievements during his first 100 days in the office. 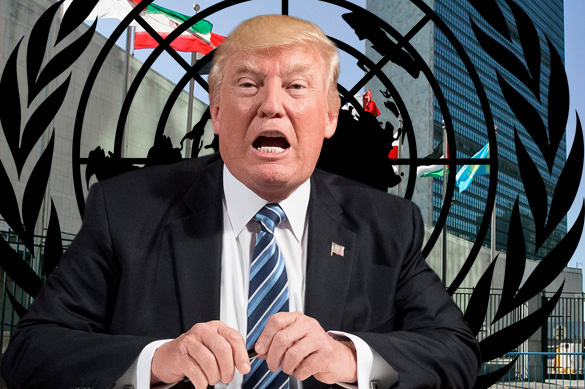 China has responded to allegations about USA's efforts to isolate Russia at the UN. According to an official representative for Chinese ministry for foreign affairs, the statement from the White House about the results of 100 days of Trump's stay in the office came as an opinion from the American side that would not affect the relationship between Russia and China.

Pravda.Ru  turned to Vice Secretary General at the UN in 2002-2011, chairman of the Russian public council for international cooperation at the Public Chamber of the Russian Federation, Sergei Ordzhonikidze, for a comment on the subject.

"Isolation of Russia at the UN was named one of the achievements of the Trump administration so far. Most likely, it goes about the vote from March 12, about the draft resolution for the investigation of the chemical attack in Syria. Russia vetoed the document and called it an anti-Syrian initiative. China abstained from the voting and thus refused to support Russia. Chinese officials said that the resolution was underdeveloped and suggested amending it. Can it be considered isolation? After all, the UN was not created to isolate its members."

"Let's pay attention to the statement from the White House about the isolation of Russia rather that the resolution. To my mind, this statements suits political imbeciles. They tried to isolate Russia during the 20s when the country was living under very hard economic conditions. They tried to put political pressure on Russia, although to no avail. Russia of distant past and Russia today are two completely different states. Today, we are a nuclear power, a member of BRICS and SCO, Russia is a country that has many supporters. Pretending that someone has isolated Russia politically is ridiculous. There's no crisis and no conflict that can be solved without Russia's participation, even though the White House may not like it. They cannot do it alone, without Russia, whether it goes about the Middle East, Syria, Iran or Korea. The statement from the White House is wishful thinking. However, it contradicts to Donald Trump's political program. Everyone remembers him saying that the USA would need to improve its relations with Russia, that it was impossible to continue living like that. Now we can see the Americans spinning their old record about Russia. Yet, Tillerson's recent remarks about futile talks in Moscow are not true to fact. I'm not going to say anything about the questions that were discussed during his visit to Moscow. I do not really understand why the USA needs to exacerbate its relations with Russia now to the level that is even more dangerous than it was during the Cold War."

"Is it because of the problems in the Trump administration that has not been formed finally yet?"

"US Secretary of State Rex Tillerson has recently visited Moscow and conducted talks with Foreign Minister Lavrov.  Four other officials from Russia's Foreign Ministry were taking part in the talks with Tillerson, but he was there alone - there was no one beside him at those talks. Does anyone want to work in the US State Department?"

"Was it just a loud statement that they wanted to make to celebrate Trump's first 100 days as president?"

"They make consensual decisions at the UN and the Security Council. The Americans have been able to create a majority that votes with them. Yet, China mostly takes the side of Russia when it comes to major issues. We can see the Americans playing up to China these days to resolve the Korean crisis with the help of Beijing rather than aircraft carriers. They understand China's influence on North Korea, but they can not hide all those problems and contradictions that exist between the USA and China. They call China their prime enemy and they make statements about successful diplomatic cooperation with Beijing to pinch Russia. Great!"