The Syrian army has not responded to the US missile attack on the Syrian airfield even though Syria could use its air defence system. Director of the Centre of Strategic Conjuncture Ivan Konovalov explained the position of the Syrian authorities. 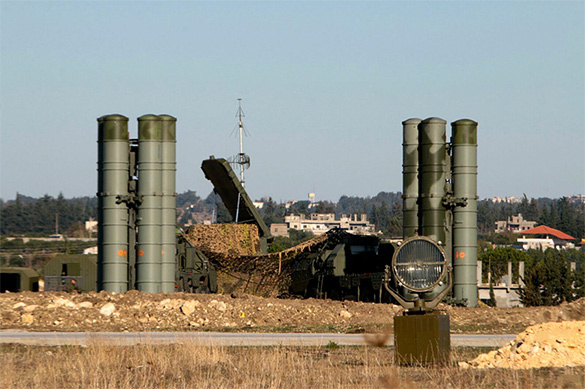 According to him, the possibilities of the Syrian army are modest at this point. They could not strike from S-400 systems as it is the Russian military who control these systems. S-400 can be used only if there is an order from Moscow," Ivan Konovalov said in an interview with Govorit Moskva radio station.

Strangely enough, Russia has not taken any responsive measures to the US missile attack.

It is worth of note that Russia had earlier warned the United States of striking any missile or air attacks on Assad-controlled territories of Syria. Russian officials had particularly indicated the possibility to use air defence systems if the US conducted such attacks. However, for some reason Moscow has not kept its promise during the US attack on Shayrat missile base in Syria.

"Interesting that Russia did not use its sophisticated air defenses in Syria to prevent or disrupt US cruise missile attack," CNN journalist Matthew Chance tweeted.

The head of the State Duma Committee for International Affairs, Leonid Slutsky, noted that the US is trying to seize power from Syrian President Bashar Assad at any cost.

The United States struck the positions of Syrian government troops on April 7. Pentagon officials said that the missile strike was a single-handed action of the United States. US warships launched 59 Tomahawk missiles from the Mediterranean Sea.